Showing posts from December, 2021
Show all

From Joseph Cardinal Ratzinger, God and the World: A Conversation with Peter Seewald  (San Francisco: Ignatius Press, 2002), p. 437,  Peter Seewald (Interviewer): My brother died at the age of just 14. Where is he now?  Cardinal Ratzinger: He is with God. Cardinal Ratzinger, of course, could not possibly know the state of soul of the young man spoken of by Mr. Seewald. Did he ask the interviewer if his brother was a Catholic or not? Dd he live a good life? In what state did he die? Had he received the sacraments at the end of his life?  Of course he did not ask these questions.
2 comments
Read more

I am not sure how Joseph Pearce is going to squeeze "Defender of the Faith" out of this quotation, published in 2002, in which Cardinal Ratzinger tries to explain why we Catholics call God "Father"?

Here is the quotation from Cardinal Ratzinger published in the book, God and the World: A Conversation with Peter Seewald published by Ignatius Press. Try to squeeze the Catholic Faith out of an answer that should have been quite simple. The Father is "Father"because He has begotten the Son in all eternity. No? By the way, this was the quotation that really settled my mind, when I read it for the first time in 2006, then throwing the book across the room, that there was no way this man was a Catholic. Now to the quotation from pp. 102-103: When asked about why Catholics speak of God as "Father" and after first giving a his interviewer a evasive answer, his interviewer Peter Seewald, in seeming confusion about his answer, asks, "Do you know?" To this, Ratzinger gives the answer, "I would in the first place hold on to the fact that the word 'Father' naturally remains an image [sic]. It remains true that God is neither male or female, but is si
3 comments
Read more

The Man who Co-opted Tolkien, Chesterton, and Belloc into the Novus Ordo Cosmos, now would have us believe that Josef Ratzinger is a Great Defender of the Faith. Another Deceiver of the Innocent Pseudo-Trads Reveals His True Modernist Stripes.

"I  feel in Benedict’s presence what G. K. Chesterton felt in the presence of the saintly Dominican, Vincent McNabb. Chesterton wrote that “Father McNabb is walking on a crystal floor over my head”. I feel at least as strongly that Pope Benedict is walking on a crystal floor over  my  head, not only in terms of his sanctity but in terms of his wisdom and his scholarship. How can one hope to encapsulate someone who is so much larger and higher than oneself?" This is just one paragraph from Joseph Pearce's latest text in which he purposes the  arch modernist, Josef Ratzinger to be a great "Defender of the Faith." My question, which one?
3 comments
Read more

Discoveries in a Very Cold Case, Indicate that King Richard III seems to have been Innocent of his Nephews' Deaths. Researchers Have Discovered New Clues Pointing to one of the Nephews, Edward V Living a Hidden Life in the English Countryside but Leaving Many Clues to His True Identity. Who Will Help Us Crack the Much Less "Cold Case" of the Disappearance of Sister Lucy of Fatima?

The Masonic Connections of Napoleon Bonaparte. How he came to embody the Masonic French Revolution that transformed Europe and Overthrew the Holy Roman Empire.

Trump Grill in Trump Tower Turns Away the Unvaccinated.

We at Sister Lucy Truth have finished our Christmas Novena. We expect great things next year as we continue to pursue the crime of the centuries, the Elimination and Substitution of the Seer Entrusted by Our Lady and Our Lord with the Fatima Message. 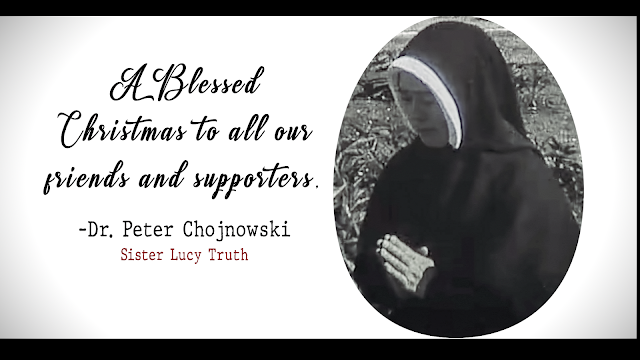 It is Criminality of the Highest Order that We Must Charge Against the Occupiers of the Vatican. Charging Him with Mere "Liberalism" is Not Enough. Francis and his Cohort Have Spent the Last 60 years Stealing Our Holy Faith and Religion. Their Elimination of Sister Lucy is Just a Very Concrete and Empirically Verifiable Example of That. 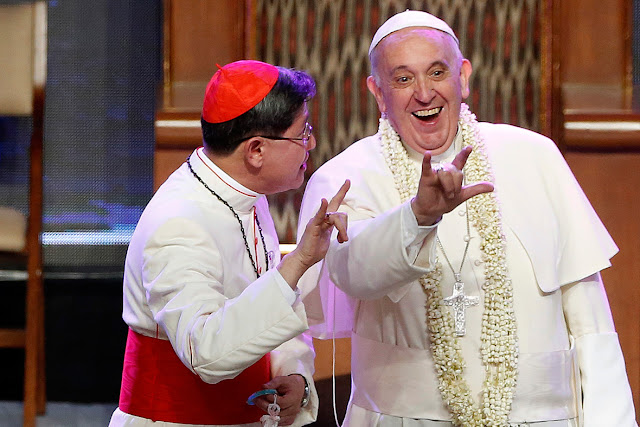 https://apnews.com/article/pope-francis-lifestyle-religion-christmas-a04d3c12674a14127f8efbdaafd3ae97 Again we must post a section from Cardinal Bergoglio's book On Heaven and Earth  dealing with how Jorge Bergoglio understands "religion". However, first, let us consider this statement, from the same text, that in which he defines what a "believer" is: "A believer is essentially someone who goes into an encounter with other believers or non-believers, to give them a hand" (p. 21). What does this have to do with adhering with your mind and heart to the truths revealed by God through the Catholic Church and taught by all the Roman Pontiffs? Why does Francis' definition of a "believer" have nothing to do with belief ?  Now to my quotation. This is found on page 19 of the same book. It reads, "God makes Himself felt in the heart of each person. He also respects the culture of all people. Each nation picks up that vision of God and transl
3 comments
Read more

If Ali Agca was not an agent of Soviet Communism, doesn't the Vatican narrative concerning the contents of the Third Secret fall apart? Interesting article from the CIA declassifieds.

Would you be this peaceful if you were shot? Blood?  https://www.cia.gov/readingroom/docs/CIA-RDP90-00965R000201170011-2.pdf In this article from 1985, Alexander Cockburn clearly states that the narrative in which the Bulgarian secret service, directed by the KGB, set up Ali Agca to attempt the assassination of John Paul II was unsubstantiated. Rather than being in isolated conditions, Agca interacted with a steady stream of Italian intelligence operatives who coached him on the supposed Bulgarian connection to the assassination plot. This was in 1981 and no subsequent evidence substantiated this supposed Bulgarian connection. But if there was no Soviet connection to the assassination, who was the power behind it? Also, if there was no Communist source of the attack, how can the Vatican narrative concerning the meaning of the released "Third Secret" be taken seriously? According to the official interpretation, the Third Secret was identical to the 2nd Secret and spoke of the
4 comments
Read more

We Launch a New Website, Sister Lucy Truth Film. We want a film a powerful and informative as JFK by Oliver Stone. Without the Swearing Though --- except on the part of the Imposter Sister Lucy!

https://sites.google.com/view/sltfilms Dan Brown? The woman who, at the age of 10, predicted the greatest public miracle in1,900 years was "disappeared," in one way or another, by forces that would have had to have the go-ahead from the Vatican. I am sorry, but, what is not exciting and newsworthy here?
8 comments
Read more

As A Former Lecturer at Fordham Myself, I Can Say that This is Just Insane. Not as Bad though as When the Jesuit President of the University, Who I Worked for, Said to His Class, "Don't We All Have to Be Atheists in Some Way?"

https://www.yahoo.com/news/fordham-university-lecturer-fired-mixing-223139230.html But then again, you only make $2,000 per class per semester anyways as an adjunct. Pure Jesuit exploitation of their work force! No benefits, no job security, and you had better remember the names of your 100 plus students per semester --- ESPECIALLY IF THEY COME IN LATE FOR CLASS!
2 comments
Read more

The Murder of King George V, 1936. Could this same kind of Overdose on Morphine and Cocaine have been Done to Pope Pius XII? Could it Have Been An Easy Way to Get Rid of Sister Lucy?

Dr. Chojnowski: I certainly do not agree with the speaker's general liberal bent, but his presentation of the clear evidence for the murder of King George V, at such a critical time in the history of the British Empire and the World, is very compelling. I, however, cannot but believe that there was more politics to this murder than the simple wish of David, Prince of Wales to be King so that he could marry Wallis Simpson. Surely, there was high-level geo-politics involved.  The pictures of Princess Elizabeth with King George and Queen Mary are fascinating in light of her continued life on the throne.  Moral of the Story, Watch Who Your Doctor is! Please comment as to what you know about the physician attending Pope Pius XII in 1958 and, also, concerning the doctor of Sister Lucy who was replaced, according to our information, in 1958.
2 comments
Read more

Men in Orange on Left and Right: Wolfgang Smith's "Christian Gnosis" Looks to India to Find a Way Out of the Post-Vatican II Crisis.

"Isn't the Latest from Angelico Press Great, Swami?" Dr. Chojnowski: The infiltration of Catholic Traditionalism by Neo-Manichaean elements has clearly been going on for at least a generation. It was, however, Dr. Wolfgang Smith's 2018 print, In Quest of Catholicity: Malachi Martin Responds to Wolfgang Smith , that fully alerted me to the strange and dangerous infiltration of Neo-Manichaean and Occult ideas into the ranks of "Catholic Tradition" from those professing to be "of the Right."      For an example of this apostasy from the Right, filtering itself into Catholic Tradition, we only need refer to the 2008 book by Wolfgang Smith entitled, Christian Gnosis: From Saint Paul to Meister Eckhart . In this print by Angelico Press, we find the unveiling of the apostasy that was perhaps hidden for a number of years behind the veils of "anti-scientism" and an appreciation for "ancient cosmology." What we found in The Quest
1 comment
Read more

Dr. Chojnowski will be Interviewed by Dr. Kevin Barrett for Veterans Today on December 17, 2021 from 5-6 PM Pacific Time. It will be a Live Call-In Show. The Message is Getting Out!

Which Film maker Will Open Up This Story for the Whole World? If you have any contacts, please contact us at justicepc@yahoo.com 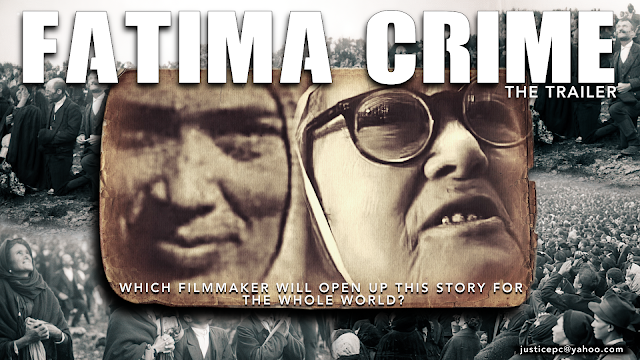 Valid Eastern Orthodox Priest Proclaims Francis a "Heretic" in Athens. Not to Worry, John Salza is Checking His Jurisdictional Authorization at this Moment!

https://www.yahoo.com/lifestyle/world-misunderstood-tolkien-ultra-tory-190149867.html My ultra-traditionalist Tory son and I are still on the rebound from Barbados' decent into a Socialist Republic after the parliamentary vote of 25 people who voided the 300 year monarchic tradition of the people of Barbados. This in spite of the fact that the woman socialist prime minister refused to hold a referendum on the change of constitution She probably refused to hold a referendum because in the last poll done concerning the question in 2020, 64% of the people of Barbados wanted to retain the Queen as Head of State. Now they will, no doubt, be looking to near-byVenezuela for a vision of their near term destiny. It is always the tiny minority, who never ever ask the opinion of the majorities in referendums, who bring about revolutionary change in the countries of the modern world, whether it is Puritan England in the 1640s, the Radical Whigs in America in 1776, the French Masonic Republican
1 comment
Read more