Showing posts from January, 2020
Show all

New Sister Lucy Truth Video Hits the Internet. Imposter -- The Royal Scam. Now it is a Matter of Justice. 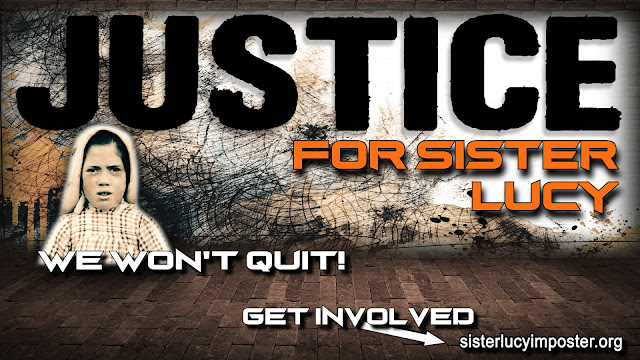 These Words of Sister Lucy II in "Calls" DIRECTLY Contradict the Essential Message of Fatima. It was Published with Full Vatican Approval in 1997. This Woman and Her Obvious Distortion of the Fatima Message Should Have Been Called Out Then.

Trinitarian and Eucharistic Apparition to the real Sister Lucy of Fatima at Tuy, Spain on July 13th, 1929. https://sisterlucyimposter.org/wp-content/uploads/2020/01/Calls-Commentary.pdf The word “many” as used here does not exclude “some,” as if Jesus did not die for all;  but, as I have heard some commentators saying, that word  is to be understood in the sense in which it was used in the language of that people:  “many” being the opposite of “one,”  that  is, one who dies instead of many.  It was in this sense that the high priest, Caiphas, justified  the necessity of the death of Jesus: “You do not understand that it is expedient for you that one man should die for the people, and that the whole nation should not perish” (Jn 11, 50). Dr. Chojnowski: This one paragraph from Sister Lucy II IN ITSELF proves that the woman speaking is not the same woman as the one who was the Seer of Fatima. Why? Because this statement IN ITSELF directly contradicts the essential cor
1 comment
Read more

"Calls" is Called Out as a Monumental Fraud. See the New Posting at Sisterlucyimposter.org 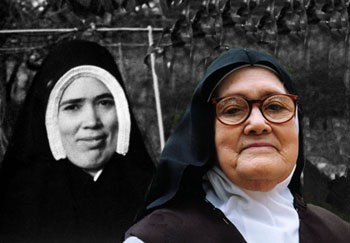 Sisterlucyimposter.org to Soon Add New Section on Sister Lucy II's book "Calls." Read Below Our Commentary on this "Authoritative" Text, which is also a Total Fraud. 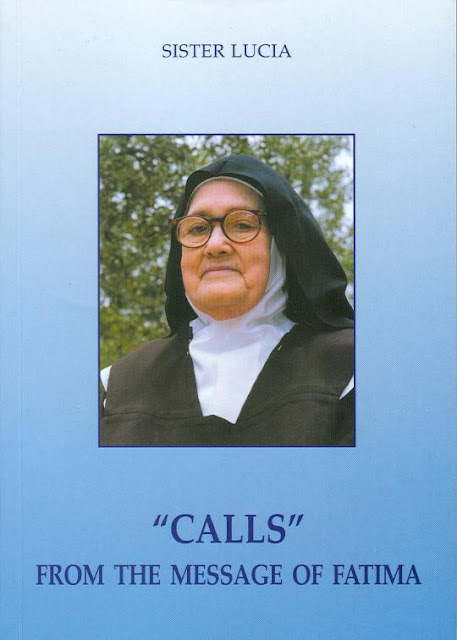 Didn't Our Lady at La Salette Say Something about this? It would seem like a 93 Year Old Woman Would Have Overcome this taking the Lord's Name in Vain By Now. No?

More Bizarre Behavior from Sister Lucy II in 2000. Grabbing the Hand of John Paul II after he gave her communion and then pleaded to stand next to him as he was handing out communion. Nothing to see here! 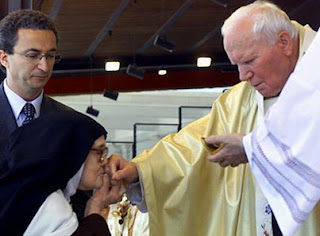 "Sister Lucy" Took the Lord's Name In Vain and said, "I don’t have much to tell to the Holy Father" When Presented the Details of Her Upcoming Meeting with JPII in 2000. The Evidence Piles Up. Hello?

The Latest from Sister Lucy Truth: Two New Video Translations and Linguistic Analysis Place the Accent of the Imposter Sister Lucy from the Area Around Viseu, Portugal, In a Completely different Linguistic Area from Leiria/Fatima. 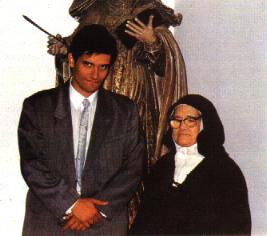 Two New Video Translations Help Identify "Sister Lucy II's" Accent and Highlight Her Bizarre Behavior Sister Lucy Truth independently hired two native Portuguese speakers to translate portions of a 21-minute video entitled “Irmã Lúcia,” focusing on the elderly “Sister Lucy II.” These translations highlight the strange words and behaviors of the elderly “Sister Lucy” in conversation with the bishop of Fatima. But more importantly, the commentary to these translations place Sister Lucy II’s accent from a region 100 miles north of Fátima, apparently from or near the city of Viseu. Certainly these findings will help us in identifying the origin and identity of the impostor.
Post a Comment
Read more

Math Does Not Lie and Does Not Have ANY Theological Prejudices. This is what Sister Lucy Truth promised you. This is what you get. https://sisterlucyimposter.org/math-measurements/ Dr. Chojnowski: I wish to deeply thank all those who have been involved in this difficult task and detailed presentation. The Church and the World owe you a great debt. It gives us an unshakeable place to stand and fight for truth and justice in this case.
1 comment
Read more

https://www.lifesitenews.com/news/catholic-laityprotest-cdl-marx-call-him-to-repent-for-leading-german-church-down-schismatic-synodal-path?utm_content=buffer62646&utm_medium=CRC%2BBuffer&utm_source=facebook&utm_campaign=CRC “The German Bishops’ ‘synodal path’ appears to be an effort to create a church according to the image and likeness of the German Bishops, who apparently believe they can define doctrine and establish their own national Church—a sort of elitist nationalism that flies in the face of the universal Catholic Church, with one faith, one sacramental system, and one discipline throughout the whole world,” stated The Remnant’s  Michael Matt  at the event’s press conference.  Dr. Chojnowski: Has the Remnant gone full circle back to 1965? Can it be that we have forgotten that it is not just the "German bishops" that are trying to "define doctrine" in a way that contrasts with the "universal Catholic Church" ---- Excuse me,
5 comments
Read more

As I Reread Fr. Kramer's Book, "To Deceive the Elect: The Catholic Doctrine on the Question of a Heretical Pope," We Wonder Why We Have Not Heard About Publication of the Planned 1,000 Page Expanded Edition of "True and False Pope" by John Salza and Robert Siscoe. I Would Assume that They Have Lost Their Publishers, No?

Hey, Do You Know Where We Can Find a Publisher? For the Book that Probably Knocked the Heresies of Salza and Siscoe Out of the Water, see: https://www.amazon.com/deceive-elect-catholic-doctrine-heretical/dp/1945658134 Or You Can Order the Book through Sister Lucy Truth Smile Account, Which will Aid Us In our Continued Attempt to Get to the Heart of the Sister Lucy Imposture.
6 comments
Read more

Now We Know What She Was Doing During All the Hidden Years! Explains Not Seeing Her from 1967 through 1982? 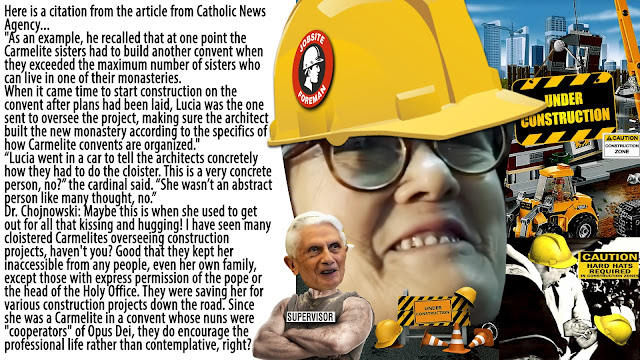 Stop the Beatification! Cardinal Martins' Perpetuation of a Fraud. Originator of the "Cause" of "Sister Lucy of Fatima," Tells Story of "Sister Lucy" Being Put in Charge of a Carmelite Construction Project. Really? 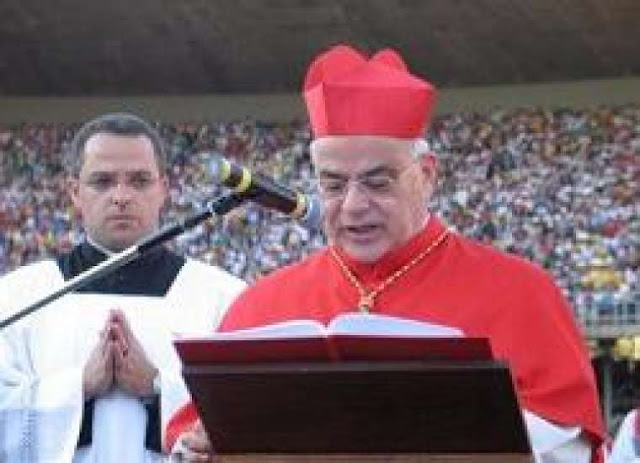 https://www.catholicnewsagency.com/news/a-personal-look-at-fatimas-saintly-sister-lucia-92368 Dr. Chojnowski: As part of the article, Cardinal Martins of Portugal, introducer of the Cause for Beatification of the Fake Sister Lucy, relays a story of his personal meeting with "Sister Lucy" the jokester and general  contractor. Well, the assassination of John Paul II already happened a generation before so there was obviously not much of the Fatima Message to speak of, right? Rosary, Scapular, First Saturdays, Consecration of Russia, Apostasy, Communism, no not really. How about we put Sister Lucy as the general contractor for the building of Carmelite cells? She is very "down to earth and practical." Also, since everything was honky dory with the Church and World under John XXIII, Paul VI. John Paul I, and John Paul II --- no need to worry about the "Prayer Meeting for All Religions" at Assisi --- why not have Sister Lucy employ some of her other tal
2 comments
Read more 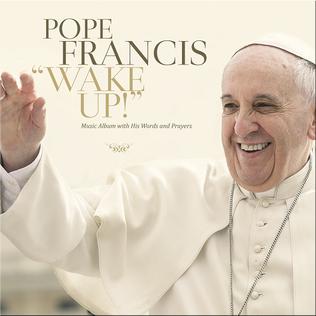 As the Mathematical Analysis of the Dimensions of the Faces of Sister Lucy I and Sister Lucy II Come In, It Is Clear that it is IMPOSSIBLE that they be THE SAME WOMAN. Details to Come Soon. 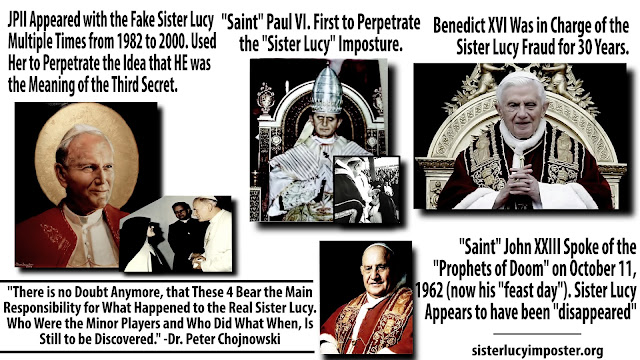 There is no Doubt Anymore, that These 4 Bear the Main Responsibility for What Happened to the Real Sister Lucy. Who Were the Minor Players and Who Did What When, Is Still to be Discovered. 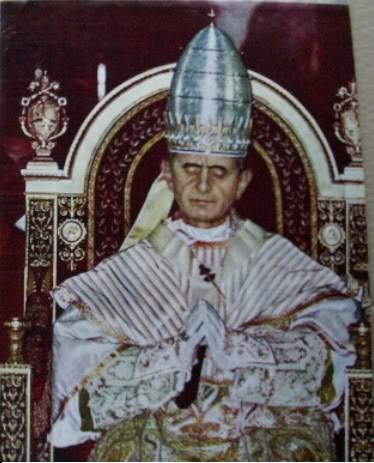 "Saint" Paul VI. First to Perpetrate the "Sister Lucy" Imposture. Appeared with the Fake Sister Lucy Multiple Times from 1982 to 2000. Used Her to Perpetrate the Idea that HE was the Meaning of the Third Secret. Was in Charge of the Sister Lucy Fraud for 30 Years. "Saint" John XXIII Spoke of the "Prophets of Doom" on October 11, 1962 (now his "feast day"). Sister Lucy Appears to have been "disappeared" during his time from October 28, 1958 to 1963.
1 comment
Read more 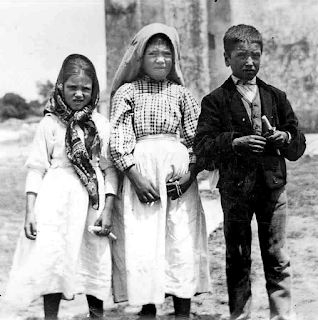 Dr. Chojnowski: Here are the remarks and expert research concerning the incongruity between the attitudes of Jacinta and Lucia on "kissing and hugging" ---- especially of members of the opposite sex --- and the nonchalant and "giggly" attitude of NewSister Lucy. Further evidence that they were different people. Also, stark contrast between traditional Catholic attitudes towards modesty in demeanor and the "Novus Ordo" lacks attitude towards "kissin' and a huggin." Here is the link with the video of the 2000 interview with the fraudulent "Sister Lucy," then the link to the translation of her words into English, and then, below, the new commentary on the incongruity between the old and new "Sister Lucy." https://www.youtube.com/watch?v=GQf2IaPF9V4&t=24s https://radtradthomist.chojnowski.me/2019/12/fatima-message-of-body-sister-lucy-in.html In the meantime, here are some notes about how the real Sister Lucy
1 comment
Read more

History Channel's Presents the Blue Army's Take on Fatima. They Should Know About the True Story of Sister Lucy of Fatima. Much More Fascinating and Tragic. 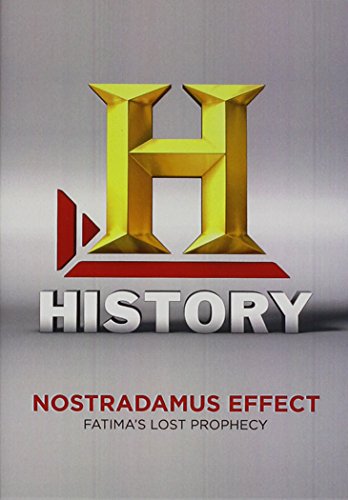 https://www.youtube.com/watch?v=N1QZ5BPwFng Dr. Chojnowski: Here is a piece by History Channel which is based upon information provided to them by the Blue Army, official NewFatima propagandists. Remember, this is the same Blue Army that published the fake letters and photos of the fake Sister Lucy as we have reported here in the past. One of their clear intents, in appearing in this History Channel interview, is to propagate the absurd idea that the Third Secret was actually revealed and that "Sister Lucy" was so disturbed that people did not accept what the nice, truthful Vatican --- which she had defended and bolstered since "Sister Lucy" first appeared on May 13th, 1967 --- would actually lie and deceive. See the History Channel episode, especially the end of the episode, where you see the clueless imposter shown tottering around, being used as the embodiment of the fake Fatima message and scenario that the Vatican has pushed.  I hope one day that the
1 comment
Read more

Is Francis Right? Must Traditionalists, Conservatives, and People of Common Sense Undergo a Paradigm Shift? We do. But NOT the one that Francis wants Us to Make.

https://apnews.com/6acc18ccaa58f7629007fb9a70c43aef Dr. Chojnowski: In this AP article, linked above, we read that Francis has called on Catholics to make a "paradigm" shift:  Francis issued a stark reality check to the men in the Sala Clementina of the Apostolic Palace, acknowledging that Christianity no longer holds the commanding presence and influence in society that it once did.  He cited the late Cardinal Carlo Maria Martini, a leader of the progressive wing of the Catholic Church, who in his final interview before dying in 2012 lamented that the church found itself “200 years behind” because of its inbred fear of change. “Today we are no longer the only ones that produce culture, no longer the first nor the most listened to,” Francis told the prelates. “The faith in Europe and in much of the West is no longer an obvious presumption but is often denied, derided, marginalized and ridiculed.” As a result, he urged the Catholic hierarchy to embrace the
Post a Comment
Read more
More posts