Showing posts from April, 2020
Show all

Sister Lucy Truth: Hold on Tight! May 1st -May 4th Crunch Time for Major Media Publicity. Pray that the Case Gets Presented in a Big Way. 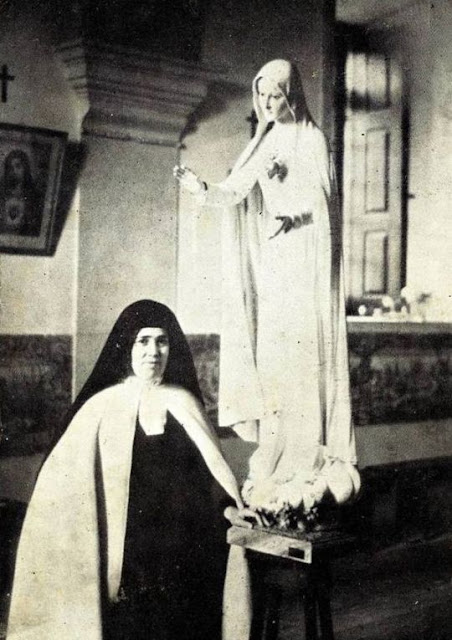 Friend of Sister Lucy Truth Finds Out What the New "Fatima" Movie Based Upon the Words of "Sister Lucy" and which Advocates "World Peace" Through Prayers from People of All "Religions" Is About.

If this Hijacking of the Fatima Message Does Not Get Us Angry, I don't Know What Will? Maybe the Disappearance and/or Murder of Sister Lucy of Fatima?  Add caption http://fatima.originentertainment.com.s195216.gridserver.com/the-film/ THE FILM A trial of faith. A world changing Secret. The courage of 3 Children. The true story of Fatima is what legends are made of. FATIMA, the movie, dramatizes the incredible adventure of three children who experienced the supernatural, and accepted their quest to bring a message of peace to the world. Through magical realism, the film depicts the challenges of the children’s mission, their courageous response, and terrifying visions of the future and hell, which changed them forever. They face ridicule, persecution, punishment and torture from within their own family, community, and government; but still the children stay true to their message of peace, in the name of faith and love. FATIMA the movie retains the authentic
2 comments
Read more 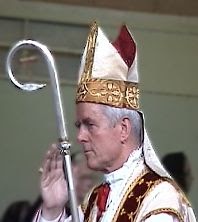 Mentioned at about 18 minutes into the Mass, given on Good Shepherd Sunday, 2020.  http://tradcatresist.blogspot.com/2020/04/excellent-sermon-by-bishop-williamson.html?m=1 We will take whatever recognition we can get.
1 comment
Read more

Dr. Chojnowski: Today marked a major turning point for Sister Lucy Truth. I received a call today stating that a major TV network (for obvious reasons I will not yet release the name) is "extremely enthusiastic" about telling the story of the Fake Sister Lucy and the investigation into the imposture and the substitution. They are planning for a 2-3 hour documentary/movie to be aired on August 11, 2020. Significance of the date --- other than being the Feast of St. Philomena --- is that they are "hot" to have it come out 3 days before the big Fatima movie that is scheduled to be released (held back due to the coronavirus) on August 14, 2020.  With this documentary/movie, the cover-up of the disappearance of Sister Lucy dos Santos of Fatima and the, subsequent, distortion of the entire Fatima message, would no longer possible. The case would be before the entire world and the Vatican would be pressured to come up with answers. Also, the documentary will included
8 comments
Read more

Biowarfare Attack on China? It is Looking Increasingly Likely. Too Many Wuhan Coincidences. Read Most Comprehensive Coverage of the Issue that I have Seen Yet. 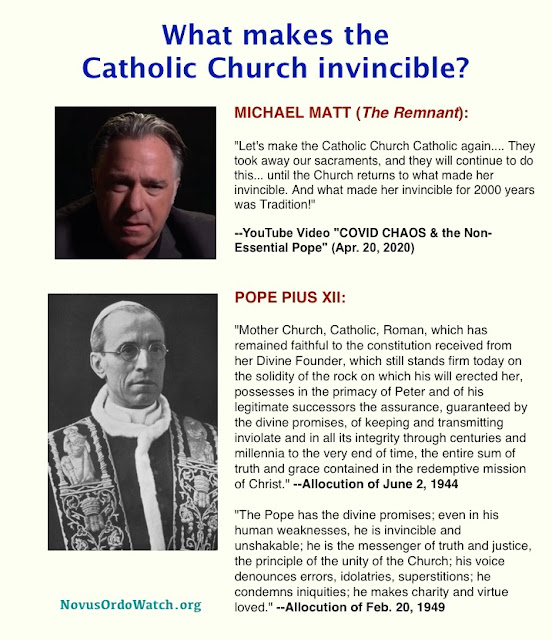 "The Pope has the divine promises; even in his human weaknesses, he is invincible and unshakable: he is the messenger of truth and justice, the principle of the unity of the Church; his voice denounces errors, idolatries, superstitions; he condemns iniquities: he makes charity and virtue loved."
5 comments
Read more 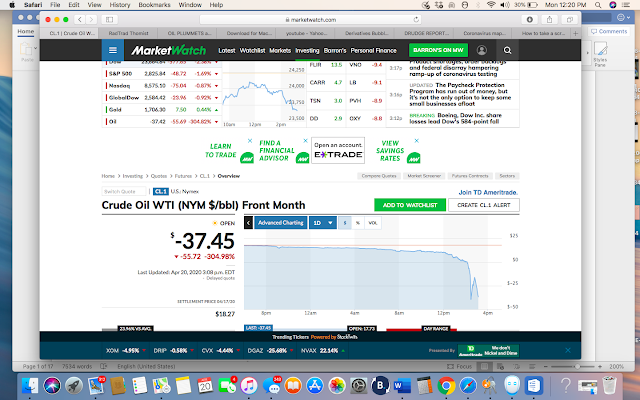 On the Day After Quasimodo Sunday. Keep Healthy. Be Prepared.
1 comment
Read more

HIV-Discoverer Acknowledges that Covid-19 is a Humanly Constructed Virus. He and His Fellow Scientists Take the Explanation of Least Resistance: An "Accidental Leak" from Wuhan Lab Trying to Create a "Vaccine" for AIDS.

Did the Rockefellers Know Something that We Didn't? Read p. 18 of the "Scenario" PUBLISHED IN 2010 and Tell Me if it is Not Like Reading CNN in 2020?

Don't Believe Anything Until it is Officially Denied! Or it is Shown to be a Minority Opinion by a Pew Poll. New Information about the Coronavirus as Bioweapon for the 30%.

Is The Next Great Depression Here?

"The Greatest Depression the World Has Ever Seen." I Cannot Find Anything Wrong With this Analysis.

More Bioweapon Information Pointing to US Origin for Covid-19. HIV Insert Seems to Show this to Be a Human-Constructed Virus. Big Question Still to Be Answered, "Qui Bono?"

Very thorough information provided here. Too many coincidences to be a mere coincidence. I do find the hard-core anti-Catholic bias on this website very disturbing; however, they have some great information and an "right-wing" point of view that is outside the American political norm. Refreshing. https://www.veteranstoday.com/2020/04/12/china-us-brought-covid19-to-china-during-army-games-hid-disease-in-us-as-influenza/ https://russia-insider.com/en/evidence-covid-was-us-biowarfare-attack-china/ri29622 Very interesting video about the genealogy of the Covid-19 virus and very interesting information about how the evidence clearly points to this being a humanly engineered virus and having its probable origin in the US.  http://disq.us/p/28m5qt0 US virologist says that, "Vaccines [for fighting the Covid-19 virus] won't work" to provide sufficient protection for the novel virus. In this interview he speaks about the ways in which this virus spr
1 comment
Read more

1st Amendment Abolished. You Can Worship When the Government --- even the Governor of Mississippi ---- tells you you can. See "Your Rights Have Been Suspended" below.

More evidence that the Corona Virus is a Bio-Weapon. Agreement on this. Disagreement on WHO, US or China, Was Responsible.

The Effects of the Covid-19 Plague are Stark and Will Get Starker --- Cause? Listen to an Intelligent Interview on Veterans Today about Corona Virus as Bioweapon. 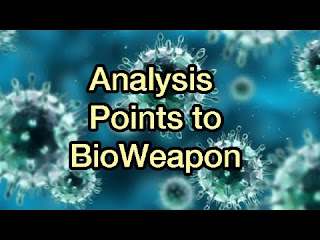 Pink Moon Rises Over My Back Fields. Holy Week 2020 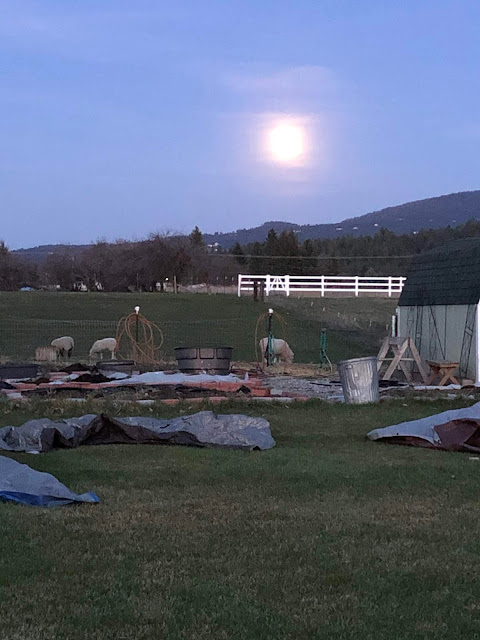 PADRE PIO'S LETTER ON THE 3 DAYS OF DARKNESS

I just cannot help liking this guy. I will have my own sharp words directed against Dr. Taylor Marshal's show on Malachi Martin as soon as I put my self through the purgatorial effort of watching the entire thing. Marshall does not know what he is talking about, in so many cases. From the reports of some of our friends, he deletes all comments pointing out the work of Sister Lucy Truth.

Fatima Crusader ---- Even Published An Article Citing Fr. Francesco Pacheco, who after his October 11, 1992 Meeting With "Sister Lucy," Recognized that this Woman Was NOT Sister Lucy. The Testimonies Keep Piling Up.

Father Pacheco told us that "Sister Lucy," who met him, just loved to have her picture taken. (Doesn't that sound more like an actress than a nun?) We have here a picture he has of this occasion. It seems most strange to us that Sister Lucy, who was 85 years old, who has been a Carmelite for 45 years has 1) black hair, 2) has a habit that is too large for her, 3) does not, apparently know how to put on her headdress properly so that it does not show her hair, 4) that in the last 6 months after her own blood-sister Caroline died, she now for the first time sees people without the benefit of the grille and unaccompanied by a sister at all times. (Caroline told Father Gruner during the fall of 1990, that since 1948 she could not see her blood-sister without there always being other members of the community present — and only through the grille — never in an open room with both of them side by side.)   "Sister Lucy" with Father Francesco Pacheco on October 11
Post a Comment
Read more

Fr. Hesse, in a Conference Given in the Early 2000s, Indicates that The Woman Pictured Below IS NOT the Real Sister Lucy of Fatima. So Both Fr. Gregory Hesse and Carlos Evaristo Recognized that this Woman was An Impostor. 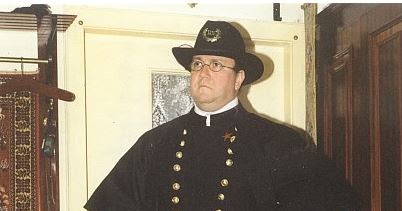 Here are All of Wynn Young's Videos on the Sister Lucy Truth Investigation in One Convenient List. Please Circulate.

Prof. Lois Gibson's Professional and Scientific Determination that the SAME Imposter Deceived the world as "Sister Lucy" both in 1967 and post-1981 is Now Posted on Sister Lucy Truth. The Crime is Slowly Unraveling! 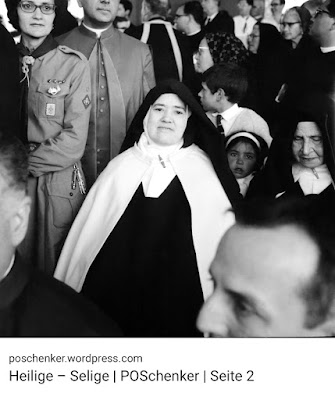 My Daughter Just Told Me How Her Friend Got Stopped By a Cop in Post Falls, Idaho and Was Going to be Given a Misdemeanor Ticket FOR BEING ON THE ROAD UNNECESSARILY. PROOF? SHE HAD A COFFEE IN THE CAR! Officer let her go when she convinced him that she worked at a coffee stand and had just gotten out of work. "Freedom of Assembly, Freedom of Practice of Religion.......As we used to say in New York, "Forget about it!"

Locked and Loaded! Gun Sales "Unprecedented"! Is America Just Hunkering Down or is it on the Brink of Civil War?Just as the Europeans Again Put up Borders, So Too are the American States.