Sister Lucy Truth will not stay silent even though it means overturning "apple carts." The Fatima Center, based on our investigation, must stop its constant claim that "Sister Lucy was locked away and unable to speak the truth about Fatima. The Imposter, who the Fatima Center recognizes as the Real Sister Lucy, never stopped speaking and continually endorsed both the Modernist Revolution and the Vatican's Distortion of the Fatima Message. 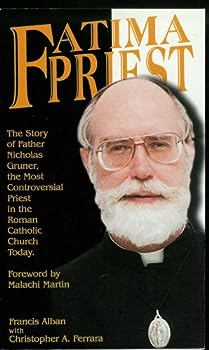 Fatima Priest acknowledged, 20 years ago, that a fake Sister Lucy had been paraded before the public for the Evaristo Interviews. Why didn't they call it out when THE SAME WOMAN appeared continually, and in every situation, as 'Sister Lucy of Fatima" until she died in 2005? Simply, because it did not fit the scenario that they had presented for decades.
http://radtradthomist.chojnowski.me/2019/11/fatima-priest-written-by-chris-ferrara.html
https://sisterlucytruth.org/calls-from-the-message-of-fatima/