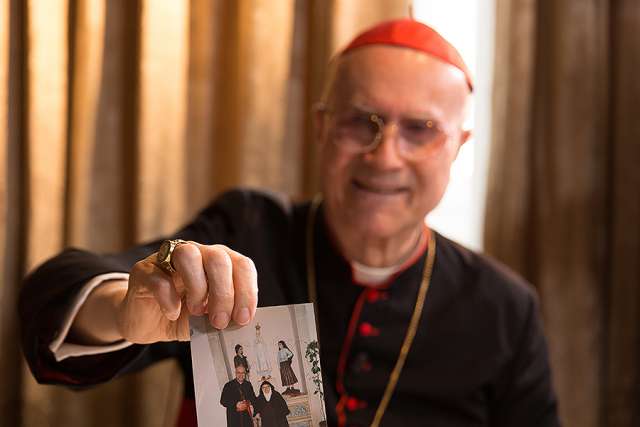 Cardinal Bertone lies as he presents the Imposter Sister Lucy's lies concerning the Third Secret of Fatima. Vaticano  Is this act on March 25th an admission that the "Third Secret" of Fatima, which this same woman explicitly testified to, is a fraud also. When is the Vatican going to come clean about the entire NewFatima fraud. Sister Lucy Truth has proven it a fraud --- even FRANCIS IS ACKNOWLEDGING THAT IT HAS BEEN FRAUDULENT. Will Cardinal Tarcisio "take it back"?

At about the 9 minute mark, Cardinal Bertone EXPLICITLY says that "Sister Lucy" affirmed that the "consecration" as done by John Paul II in 1984 was "as Our Lady requested." WHY ARE YOU DOING IT AGAIN --- AND AT FATIMA --- AS IF YOU ARE DOING IT FOR THE FIRST TIME?