In Summary, the Heresy of Salza and Siscoe. 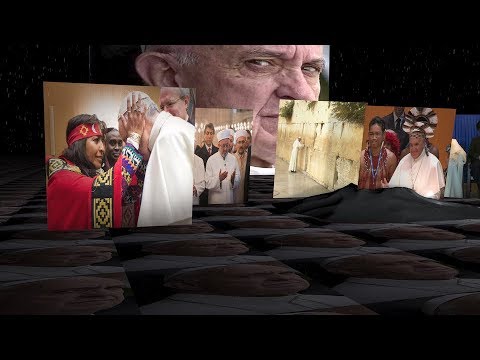 The second is the heretical belief that a true and valid pope who falls into formal heresy would continue in his office and remain in possession of the Petrine munus until he is judged by the Church to be a heretic; and only then he would either fall from office, or would have to be deposed by the authority of the Church. It is properly a heresy because it was solemnly defined at Vatican I that there exists only one total fullness of supreme power (totam plenitudinem huius supremae potestatis), which is universal — over the entire world, which consists in the Roman Pontiff’s universal primacy of jurisdiction over the entire oecumene (οἰκουμένη = the entire inhabited world); for which reason, there exists only one supreme ecumenical authority over the Church which subsists entirely in the “full and absolute jurisdiction”  (Pius XII, Vacantis Apostolicæ Sedis) of the pope — which therefore in strict logic categorically excludes the possibility of any ecumenical power existing in the episcopal authority, even of the entire body of bishops gathered together in a council in opposition to the pope.

The first extreme position is the erroneous opinion of Bishop Athanasius Schneider, and the second is the heresy of John Salza and Robert Siscoe.

The opinion that Bishop Schneider characterizes as form of “crypto-Conciliarism” is in fact a papal teaching of Pope Innocent III,[7] which was subsequently developed and elaborated according to its variations in the following centuries by some of the most eminent theologians and doctors — St. Robert Bellarmine, St Alphonsus de Liguori, St. Francis de Sales[8], Pietro Ballerini, Pope Gregory XVI, just to mention a few.

According to these Doctors, a heretic pope, 1) “ceases by himself to be Pope and head, in the same way as he ceases to be a Christian and a member of the body of the Church; and for this reason he can be judged and punished by the Church” [Bellarmine][9], 2) that “by his public pertinacity … he declares himself to be a heretic, i.e. to have withdrawn from the Catholic faith and the Church by his own will, so that no declaration or sentence from anyone would  be necessary,” [10] “that he by his own will departed”, and is “severed from the body of the Church, and has in some manner abdicated the Pontificate”[11] — i.e. that he “ipso facto by his own will abdicated the primacy and the pontificate”,[12][Ballerini]; 3) “For the rest, if God should permit that a Pope should become a notorious and contumacious heretic, he would cease to be Pope, and the pontificate would be vacant” [St. Alphonsus de Liguori][13]; 4)   “Whence he could be considered, as Ballerini observes, as a public schismatic and heretic, and in consequence, and to have fallen by himself from the pontificate, if he had been validly elevated to it”[14], and therefore, “the deposition is not a prescription against … the current representation of the Church in the Pope recognized as such, but only against the person, who was before adorned with papal dignity.”[15] [Gregory XVI] ).