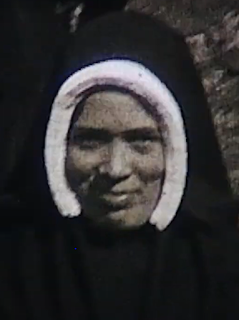 Dr. Chojnowski: A colleague at Sister Lucy Truth has gone through the letters of the authentic Sister Lucy dos Santos and found the following themes from here various dated letters. Russia, Russia and the Consecration, Russia and the Immaculate Heart of Mary were constant themes.

·       Alludes to First Saturday Devotion for reparation “for the offenses She receives from her ungrateful children.”

·       Devotion valid within 8 days of first Saturdays or “it can even be within mayn more days, provided that when they receive Me, they are in grace and have the intention of offering reparation to the Immaculate Heart of Mary.”

·       References urge “to ask the Holy Father’s approval for the devotion to the Immaculate Heart of Mary that God Himself and the Blessed Virgin asked for in 1925.”

·       Requests consecration of Russia as follows:

·       Clarifies that on December 12, 1925, Our Lord and Our Lady appeared to her and revealed Our Lady’s Immaculate Heart surrounded by thorns

·       Promise of Devotion is Our Lady’s “promise to assist them in the hour of their death with all the necessary graces for their salvation.”

·       5 represents the “5 ways in which people offend, and blaspheme against the Immaculate Heart of Mary” which includes (1) against Immaculate Conception; (2) against Her Virginity; (3) against Divine Maternity and acceptance as Mother of all mankind; (4) those who plant indifference, contempt and even hate in the children’s hearts against this Immaculate Mother; and (5) those who insult her directly in her sacred statues.

·       Reparation acceptable if done on “the Sunday following the first Saturday, when, for just motives, many priests will allow it.”

·       Letter to Fr. Gonzalves how displeased Our Lord is about lack of action regarding Russia:

·       Letter to Rev. Jose Bernardo Gonzalves regarding her request to the Bishop about his promise to propagate devotion to Immaculate Heart

·       Speaks about status of Russia consecration as follows:

·       She comments about the Holy Father’s actions and Our Lord seems to claim that Pope “will do it, but it will be too late.”

·       Lucia laments that she might be a “victim of a diabolical illusion” and that she is troubled, full of self-doubt. She says she will persevere.

·       Mentions wanting to have written him for “quite some time” but notes that “the censure” was the main reason she did not.

·       Mentions that “Everything is passed now, and our Lord has taken care of everything. He has sent the remedy in proportion to the wound.”

·       Discusses state of affairs regarding Russia, commenting that “nobody took advantage of the opportunity” but once again renewing request:

·       Letter to Rev. Jose Bernardo Gonzalves and notes how punishment is already in effect and will “go slowly”

·       Notes that the “number of souls with whom He communicates is very limited.”

·       Mentions how consecration “was not done in the month of May” and “will be done, but [at] the moment” so that God may punish the world.

·       Comments how Our Lord now “more than ever He needs souls that will give themselves to Him without reserve; and how small this number is!”

·       Again seems to emphasize how the Holy Father alone will do the consecration of Russia and how Portugal is proof of the benefit consecration would bring:

·       She comments about the status of the consecration and when it might happen:

·       Calls for devotion to Immaculate Heart

·       Also requests consecration of Russia and recounts the efforts to achieve the consecreation:

·       States how Bishop of Leiria asked Lucia to write another letter to the Holy Father with modifications in the beginning and ending.

·       Bishop of Leiria also requested Lucia to write to Cardinal Patriarch “to make or renew the consecration to the Immaculate Heart of Mary on the 8th.”

·       Includes a copy of this letter to the Cardinal Patriarch noting that the request “is not an express request of our Blessed Mother in Heaven, but it is an act that I am sure will please Her.”

·       Emphasizes again how few souls Our Lord communicates with noting the “number of souls He meets through sacrifice and intimate life of love is extremely small and limited.”

·       Recounts another request from Our Lord regarding Portugal:

·       Slightly different wording regarding the punishment that would occur if the consecration to Russia failed to occur in a timely manner:

·       She comments about how she does not know how to write “the letter” to the Cardinal.

·       The substance of this letter is referred to as “the idea of propaganda by Catholic and non-Catholic press” which she has no idea how to express.

·       Complains about the “extremely comfortable life of the majority of the priests and members of religious organizations” and how the number of souls He meets through prayer and sacrifice is “extremely small.”

·       She states how in reparation for “itself and for the other nations”, Our Lord wants the profane festivities of carnival abolished and substituted for prayer and sacrifice.

·       Lucia recounts how the requests should be taken seriously and the punishments that awaited:

·       Provides the “exact words” of the Jesus Prayer as follows: “O my Jesus, pardon us, save us from the fire of hell, draw all souls to heaven, especially those in most need.”

·       Comments show the Bishop told her that Rev. Galamba would come to question her and that she was ordered to write everything down

·       She mentioned “that the time had arrived to reveal the first two parts of the secret and to add two chapters in the new edition of the book about Jacinta: one chapter about hell and a second one about the Immaculate Heart of Mary.”

·       Relieved that she “finally received a latter from [him]” noting how long it took.”

·       Lucia mentions how the Bishop of Gurza tries to help her and she made known to the Archbishop of Valladolid of a little request of Our Lord:

·       Lucia also comments how the consecration of Russia was not done, the attempt was “incomplete”

·       States how “But our immolation must be complete, that all our steps be marked with the sign of the Lamb’s cross. Saint John says that he saw in Heaven a multitude that followed the Lamb everywhere. I believe that on earth the Lamb has a similar procession that follows Him waving the banner of the Cross for His love, until they are incorporated in the eternal procession, signing the hymn of victory.”

·       She comments about how the cell of a Carmelite has its best ornament in “one big single wooden Cross covering the white of the main wall.” The Reverend Mother Prioress told her that it’s there so that nuns can crucify themselves upon it.

·       She states “What a beautiful ideal to be crucified with Christ! That He may inebriate me with the gladness of the cross. Here lies the secret of my happiness—not to want or wish for more than to love and suffer for love.”

·       Once more she emphasizes how few there are that consecrate themselves to Our Lord and (again) how a wooden cross is in a Carmelite’s cell.