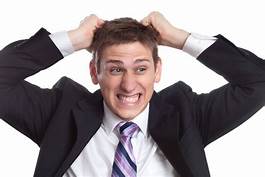 "If I hear 'Diabolical Disorientation' Again....."

Here we go again. Another Frankenherring! In the above linked article by the endlessly disoriented Michael Matt, he cites the now scientifically disproven idea of "diabolical disorientation" --- of Francis and his confreres in NewChurch --- and, pretending that he has had a new thought, decided to argue for a "Pan-Traditionalists" Large Tent in response to the Great Apostasy. The question is this, however, is Matt simply using the endlessly "surprising" heresies and anti-Catholic pronouncements of Francis and the coming "surprising" contents of the Amazon Synod to again tune up the pipes to lead a procession, with fleur-de-lis banners no doubt in the lead --- of "traditionalists" through the Gallican Gate of NewChurch, just as he has been planning and endlessly doing with Chris Ferrara for the past generation.

He simply reads like a suddenly disillusioned Latin Mass goer of New Church. Nothing that he proposes in his article listed above would be intelligible to any Catholic pre-1960. His conclusions would have infuriated Archbishop Lefebvre. His theology separates the pope and the magisterium from the Church and advocates a Gallican Solution to the Great Apostasy. This is not doctrinally, psychologically, or even practically plausible for faithful Catholics. No "High-Church" solution can deal with the situation which is epitomized by the disappearance and substitution of Sister Lucy and 50 years of fake letters, fake interviews, and fake theological positions, "diabolical disorientation" being one of them.