Showing posts from January, 2019
Show all

Dr. Chojnowski: As my 18 year old son reminded me that this night was an anniversary dear to all those who venerate the Message of Fatima --- the Night of the Great Sign in the Sky -- it caused me to reflect on one sad thought. Clearly by 1967, the Vatican had already decided to put forward a imposter before the eyes of the public as "Sister Lucy" and as our handwriting analyst has shown, there is a stark contrast between the writing --- and, therefore, expressed personality --- of the real Sister Lucy and the woman who was made into "Sister Lucy" by 1967. The thought that struck me hard today --- call me slow --- was that if they are getting an imposter to forge letters in Sister Lucy's name, and not merely have an imposter be the "public face" of Sister Lucy, the real Sister Lucy must have been dead. I am not reporting the findings of my investigator, they are simply my own amateur reflections on the data as it has come in. If they brought some
3 comments
Read more 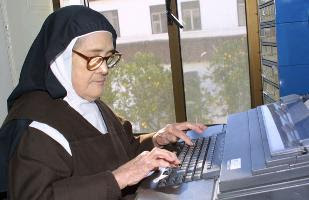 Sister Lucy Truth! Try to Track This! As this site recently broke: an unbiased handwriting expert--one of the best in the entire country--recently examined a 1969 letter and concluded it was "highly probable" that the authentic Sister Lucia did NOT write the 1969 letter based upon hundreds of pages of  known  writings.  Equally interesting, the expert commented on an unusual aspect of the 1969 letter: the presence of printed, non-cursive writing. Despite hundreds of pages of known writings of Sister Lucia, none contain printed, non-cursive writing. This is particularly true as related to words with lower case printed letters. No examples exist. Yet, the 1969 letter  does  contain such writing. Specifically, the 1969 contains the following phrase: "...precisamos manter-nos fiéis, firmes na  fé, na esperança e na caridade  unidos ao representante de Cristo na terra..." "...we need to remain faithful, firm in Faith, Hope and Charity, united to the repr
7 comments
Read more 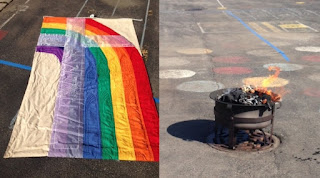 Here are the questions posed to Fr. Kalchik by a lawyer friend of RadTrad Thomist. The questions are in black. The response from Fr. Kalchik, as he wrote it, is in red. How was the flag used before you arrived at the parish? During Mass? Processions? How exactly did Cupich contact you to let you know that you are no longer serving in that parish? Written? Verbal? Have you received any formal documents with regard to your removal, possible laicization, etc? Were you instructed that you had to go to a psychiatric facility for evaluation? I ask because this is a common way that heterodox bishops get rid of good priests? Here is Fr. Kalchik's response: For the full story about what played out this fall, my explanation of the events, as I wrote it, check on the  Churchmilitant.com  Web site  What was bantered about by the press, four fifths of which was just made up.  It's not like parishioners went to Walmart and bought a bunch of gay flags and had a bon
1 comment
Read more

Vatican Fraud Exposed! Sworn Declaration from Professional Handwriting Analyst that Letter from Sister Lucy II in 1969 Was Written By Imposter and Not By Sister Lucy I. Here is Scientific Evidence that the Sister Lucy II, post-1958 Was a Fraud. Read the 125 page declaration here. 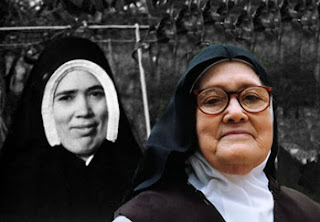 https://drive.google.com/file/d/1MkDef5qDNj2OV22t93Y0wSHrXkknY_RD/view?usp=sharing And Much Much More To Come. The Fraud Has Been Exposed. The Evidence Mounts. Just in case you missed it on October 13th, here is another expert report, this time from a plastic surgeon concerning the case of Sister Lucy I and Sister Lucy II. there-was-imposter-on-day-of-miracle-of.html
7 comments
Read more 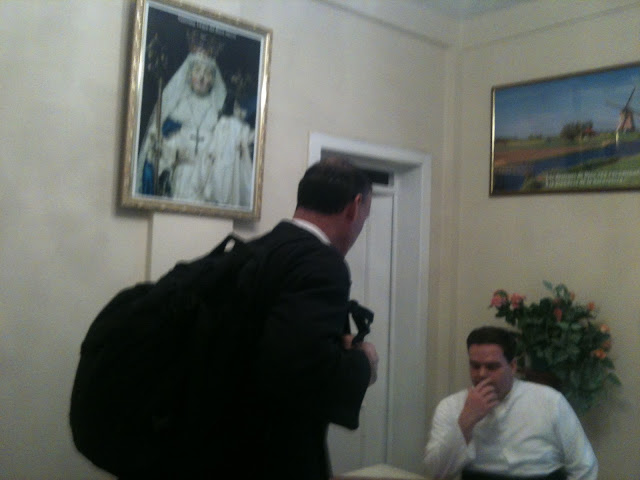 You Are No Archbishop Lefebvre! Fr. David Hewko Gets Ready to Take a Hike. Fr. Joseph Pfeiffer has had the idea of founding a New SSPX since 2012. He was, in his own mind, the one to be the New Archbishop Lefebvre. One by one, the initial priests of the SSPX Resistance have jumped ship. Even Bishop Williamson was clear that you COULD NOT AND SHOULD NOT establish a new SSPX nor was there anyone of the stature of Archbishop Lefebvre to do this. Also, it is not 1970 anymore.  Knowing Fr. Hewko as I do, the note to Fr. Pfeiffer below is nothing other than a official break with Our Lady of Mount Carmel, Boston, Kentucky. He must know something very bad about Dubious Ambrose Moran to issue such a public statement. I think he knows that Fr. Pfeiffer wants to be consecrated a bishop and Fr. Hewko does not know exactly what church Ambrose Moran is from.  I also know that Fr. Pfeiffer has wanted to be the first bishop consecrated by Bishop Williamson going back to at least 2013. Bisho
9 comments
Read more 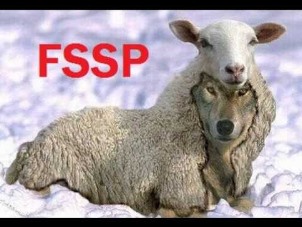 Fr. Joseph Poisson: There was some anger there [concerning my years with the Fraternity of St. Peter.] But some good things came out of it. I learned to say the Mass, I served as MC at the seminary, I learned the rubrics, I learned about how to do the paper work, the book work and how to run a parish. That is all in my blood. I have had that experience. But the basis of all of it was a lie, that the Archbishop had been [legitimately] excommunicated. Whereas, Fr. Bisig and all of them that left Econe should have known that it was not valid. But they were influenced by Cardinal Ratzinger in a bad way. I got over that. I let them figure it out for themselves. I could write a book about this. But if you are not searching for the truth, you don’t care. You have to want to search for the truth, it means a sacrifice. My reputation is gone. No money, no security, no pension, nothing. No car. Nothing. RadTrad Thomist. Probably the best position to be in if you are a priest dedica
10 comments
Read more 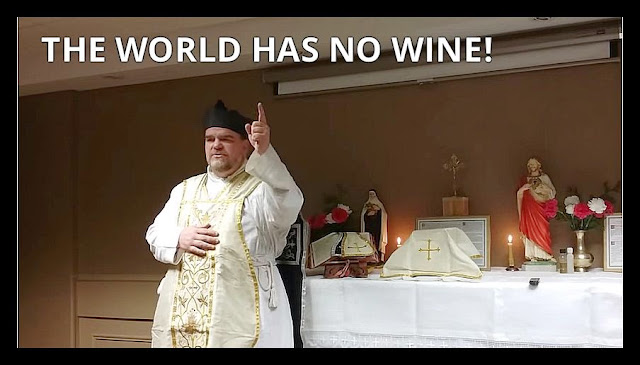 Part III of RadTrad Thomist's exclusive interview with Fr. Joseph Poisson, former Priest of the FSSP.  Fr. Joseph Poisson: The Fraternity priest in Scranton one year brought the bishop to the Mass on the Epiphany. Then there was a nice supper afterwards, and they said nice things and he said nice things.  It is just talk and they sang music to him. It was just stupid. He does not give us the Sacraments, we get the Sacraments from Bishop Timlin. He is just there to look happy and to see the pretty girls in dresses. They are dressed modestly. Everything to make the bishop happy. He never gave us anything. He never gave us the Sacraments. The retired Bishop Timlin gave the Sacrament of Confirmation. Because our bishop would not get into the old rite. Our Lady was really giving me a sign that I was to get out. Another thing that was pulling me towards the SSPX occurred when I went to Nigeria for 9 months. Before I left for Nigeria in 2010, a woman knocked on the rectory in Sain
14 comments
Read more 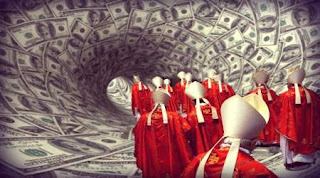 Continuation of RadTrad Thomist's interview with Fr. Joseph Poisson. Part II, When the Bishop says "Jump"! Fr.  Poisson:   The solution of the Fraternity, if there is a problem with the bishop, is to change priests. I knew then, since I was being picked on, that I would never be a parish priest. At one point, I could not even go to the bishop’s Mass, the Holy Thursday [Chrism] Mass anymore. Now I wanted nothing to do with it. So I could only be an assistant priest and I was happy with that. That released me from it. Then I was sent to Scranton.   RadTrad Thomist. What was your experience of the [Novus Ordo] bishops that you met along the way?  P. What can I tell you on that?  R. What did they seem to want from you? P. Oh! They just wanted the money! They want the collections. They want their fund raising They want their Fraternity priests to make their [financial] goals. It is just about their money. We give you the church, the privilege t
8 comments
Read more
More posts