The "Official" Image: A Perfect Representation of Deception: The Fraud was Intentional and Professional From the Beginning. All with "Ecclesiastical Authority"!


The “Official” Image: A Devious Gift That Keeps Giving
Sister Lucy Truth exclusively broke the reality that one of the most widely circulated, “officially” approved photographs of “Sister Lucy” and Paul VI in 1967 is, in fact, a fraud. This “Official” image is below:
INSERT: 1 - Official Image Lucia and Paul VI 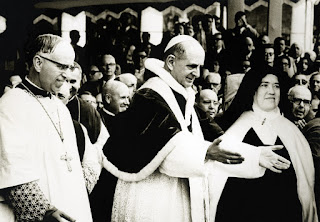 We proved that this “Official” image could be traced all the way back to a June 13, 1967 publication of Voz De Fatima, the official mouthpiece of the Shrine of Fatima, thus refuting any argument that the image emanated from some “unofficial” source years later.
However, it is important to now focus in on precisely the level of deception at work with this Official image. Indeed, as we will prove below, this is not the case where a picture of “Lucia” was innocently cut out and placed next to Paul VI in collage fashion. No, it wasn’t that simple. The level of intent is far more calculating.
As conclusively demonstrated below, the source image of the “Lucia” depicted in the “Official” photo was itself manipulated. Specifically, the eyes and a portion of the face were altered to fit the narrative. We will explain. First, it is critical to realize that what we will call the “Source” image used for the “Lucia” portion of the “Official” photo is the image below:
INSERT: 2 - Source Image Lucia Young 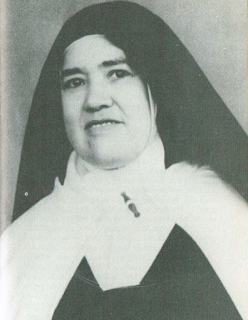 The problem with this photograph, however, is that the woman’s body is facing the wrong direction relative to the position necessary to render a believable Official image. Indeed, her body is facing left even though her eyes are looking right. To be used in the Official image, the woman in this Source photo would need to appear as though both her eyes and body were pointed out toward the cheering crowds at Fatima next to Paul VI. Simple fix, just flip the image, right? Wrong.
INSERT: 3 - Source Image Lucia Young_Reversed 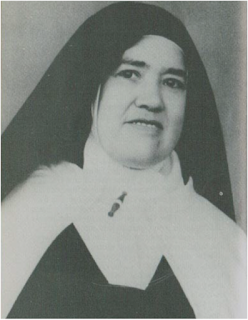 When the image is flipped (for a mirror image), the woman’s body now faces the “correct” direction—perfectly consistent with the “Official” image—but, problematically, the woman’s eyes now gaze the “wrong” way. How can this be corrected?
The only option is to manipulate the eyes so they too face the correct direction. Precisely how these eyes were manipulated—or even whose eye(s) were used—for the Official image is unknown. Could one of the eyes actually be from the real Lucia? What is known is that the position of the eyes on the Official image is impossible because they gaze in the same direction as the body faces when we know that in the Source image the body faces one direction and the eyes look in the opposite direction.  In analyzing how the eyes were specifically manipulated, two interesting items have emerged.

FIRST ANOMALY: The “Miracle” of the Eyebrow
In the Official image, “Sister Lucia’s” left eyebrow is unnaturally floating off of her face. This physical “miracle” will undoubtedly be cited in her forthcoming canonization along with her amazing ability to bi-locate (tri-locate?) as documented elsewhere on this site. This anomaly is difficult to detect with the naked eye on the Official image but it is apparent upon close forensic image analysis. Below are several important images: (i) a close up of the Official image, (ii) a close up of the face with the colors inverted (ala a negative image), and (iii) a magnified view of the face using publicly available forensic photo software. Anyone reading this article can download the Official image and view these anomalies for themselves:
The floating eyebrow is apparent even to the naked eye upon close inspection.
INSERT: 4 - Close Up Official Lucia Eyebrow 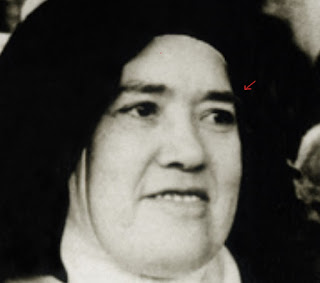 If the Official image is posted into a free photo editing software such as paint.net and Control+Shift+I is pressed, the following image emerges.
INSERT: 5 - Official Image Lucia Young_Inverted Color 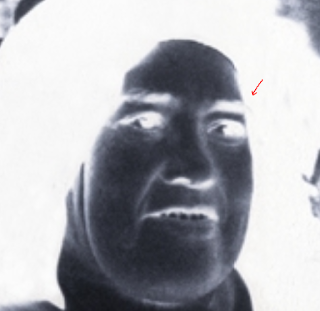 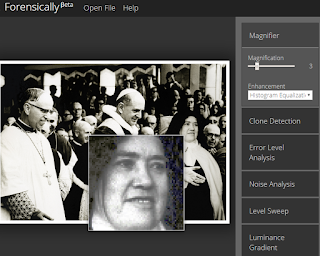 SECOND ANOMALY: Deliberately Aged Face and Protruding Eyelid
It is evident the Source image was intentionally manipulated to make the individual appear older. This can be most clearly observed by comparing the right eye of the Source image with the right eye of the Lucia depicted on the cover of a book published in 1975, Lucie Raconte Fatima. A comparison reveals that the image was added to or otherwise altered below her right eye because (a) there is a clear, unmistakable, unnatural protrusion of the lower right eyelid up into the eye, and (b) the crease below the right eye in the Official image with Paul VI and the Lucie Raconte Fatima image is nonexistent in the Source photo.  It is unclear whether the unnatural protrusion of the lower lid is evident in the “Official” image, but the eyes of that image had to undergo further manipulation to obtain the “correct” position as mentioned, above.
Lucie Raconte Fatima, 1975
INSERT: 7 - Lucie Raconte Fatima cover 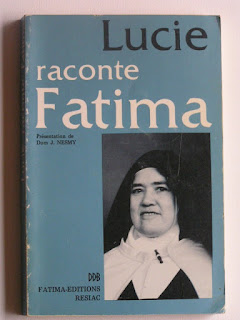 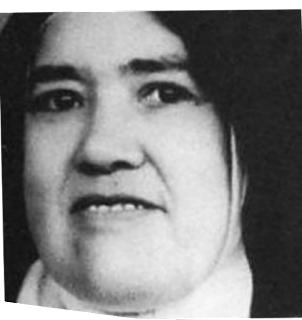 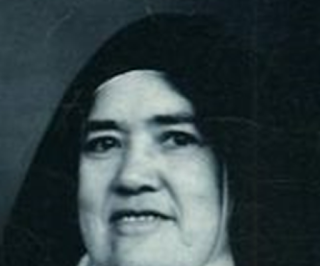 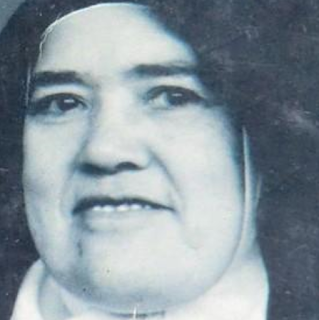 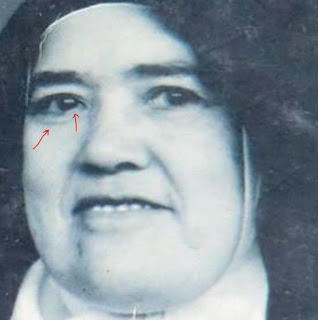 Conclusion. The Official image is more than a cut and paste job. It represents specific, intentional manipulation to present the perfect image to fit a convenient narrative. Indeed, one official publication with “Ecclesiastical Approval”— Documents on Fatima & the Memoirs of Sister Lucia, pg. 79—ironically captioned the Official image with a curious quote from Bishop John Venancio (pictured to Paul VI’s right on the Official image). Venancio commented on the meaning of the Official image as follows: “This gesture of the Pope indicated, ‘What Sister Lucia stands for, I stand behind.’”

Since we know with certainty that the “Lucia” in the Official image was a carefully manipulated fraud, it appears Bishop Venancio’s words were truer than anyone realized: what Paul VI actually stood behind was an intentional deception.