Pick Up the Novus Ordo Rock and This is What You Find: An Interview Conducted by Randy Engel of the Father of a Boy Abused by an Opus Dei Numerary. 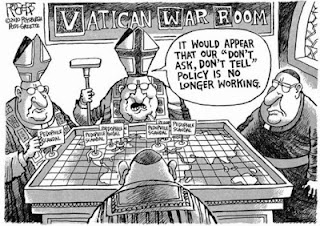 PLEASE CIRCULATE
Dear Friends and Foe Alike,
The trial of an Opus Dei numerary charged with the sexual abuse of a young boy at the Gaztelueta School in Spain begins October 4, 2018 - October 11, 2018. Here is my interview with the victim’s father, Mr. Juan Cuatrecasas.
God bless, Randy  Engel

[Note: The following interview with Mr. Juan Cuatrecasas Asua is a follow-up to the detailed investigative report of the Gaztelueta sex abuse case by this writer that originally appeared as a two-part series, “The Gaztelueta Sex Abuse Case – Opus Dei On Trial,” on AKA Catholic (https://akacatholic.com/opus-dei-watch-march-part-1/ and https://akacatholic.com/opus-dei-watch-march-part-2/. The reader may want to refer to that report before reading this interview with Mr. Cuatrecasas, the victim’s father. The Gaztelueta case is expected to go to trial on October 4 to October 11, 2018, at the Audiencia provincial de Vizcaya (Bizcaia) in Basque, Spain. R.E.]

Randy Engel: Thank you, Mr. Cuatrecasas for agreeing to this interview. I am grateful that you write and speak English so well.  Is this your first American interview on the Gaztelueta case?
Mr. Juan Cuatrecasas:  Yes., it is. You are very kind to interview me and allow me to talk about this terrible case which is important not only for Spain, but for the whole world. The sexual abuse of anyone, especially a child, is, in my opinion, a way to denigrate the human being. It is a grave matter, as are the coverups and intrigues that accompany the crime and add to the misery of the victim.