Another Look at the Country that the Zionist Neo-Cons are Ultimately Gunning For: the Last Tsar, Rasputin, the Revolution, and Russia Today. 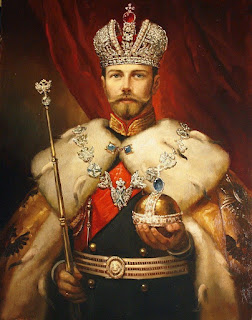 Everything You Know About The Last Russian Tsar Is a Massive Lie. Here’s The Truth

Dear Readers,
If we accept that the writer of this article is a devote Eastern Orthodox priest and not a Catholic, we can benefit much by considering his historical revisionism concerning the Russian Monarchy and the history of Russia in the 20th and 21st Centuries. From our perspective, it is nice to see someone who calls those who  teach contrary to his faith "heretics." Maybe we can learn something from that. Let us pray that this priest and all of Russia may one day incorporate their great tradition into the Catholic Faith through conversion and into a united Christendom under a pope who loves and teaches the Catholic Faith. Also, let us reconsider whether we should make Russia Enemy #1 in our Geo-Political Plans.

Here is the fascinating article from ri23089
"These members of the upper classes (and not all were traitors) were sponsored from the beginning by the West. The West considered that once its values of parliamentary democracy, republicanism or constitutional monarchy were introduced into Russia, it would become just another bourgeois Western country."
Father Andrew Phillips Mon, Apr 23, 2018 |  7,915  144
MORE: HISTORY RUSSIAN FAITH
This article originally appeared on a new site about the Christian renaissance in Russia, called Russian Faith.

Father Andrew Phillips, is a long-serving priest in the ROCOR Orthodox church in Essex, UK.  Biography.  He is a prolific writer, particularly on Russian history and current events, from an Orthodox Christian perspective. 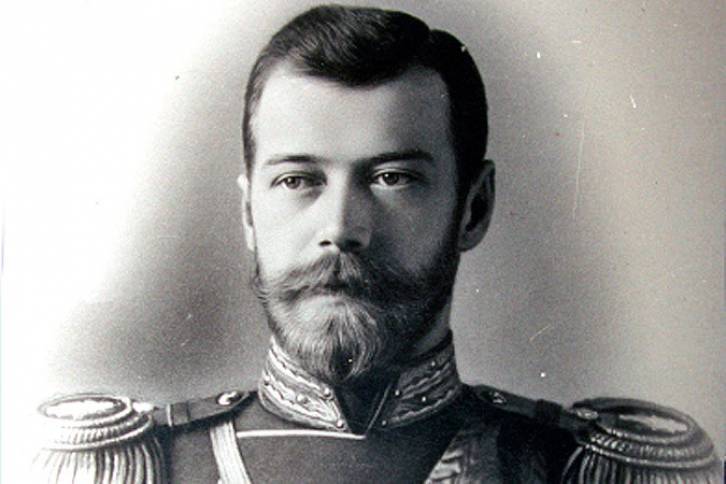 In this January 2013 article, he answers readers’ questions about the last Russian Tsar, Nicholas II, debunking decades of deliberate, slanderous lies coming from the media, academia, and governments of the UK, Germany, and America, but mostly from the UK.
For another excellent article debunking this anti-Russian propaganda which is so ingrained in the West, see his fascinating article about Rasputin, whom he sees as a hero, also maliciously slandered by Russia's enemies.
Q: Why are most academics so negative about Tsar Nicholas II?
A: Western academics, like Soviet academics, are negative about him because they are secularists. For example, I recently read the book ‘Crimea’ by the British historian of Russia, Orlando Figes. This is an interesting book on the Crimean War, with many well-researched details and facts, written as senior academics should write.
However, the author starts out from unspoken, purely Western secularist criteria, that since the Tsar of the age, Nicholas I, was not a Western secularist, he must have been a religious fanatic, and that his intention was to conquer the Ottoman Empire. Through his love of detail, Figes overlooks the main point – what the Crimean War was actually about from the Russian side. All he can see is Western-style imperialist aims, which he then attributes to Russia. This attribution is a projection of his Western self.
What Figes misunderstands is that the parts of the Ottoman Empire which Nicholas I was interested in were those where an Orthodox Christian population had for centuries suffered under the Muslim Yoke. The Crimean War was not a colonial, imperialist Russian war to expand into the Ottoman Empire and exploit it, like those conducted by Western Powers to expand into Africa and Asia and exploit them. It was a struggle to liberate from oppression – in fact an anti-colonial, anti-imperialist war. The aim was to free Orthodox lands and peoples from oppression, not to conquer someone else’s empire.
As for Nicholas I being a religious fanatic, in the eyes of secularists all sincere Christians must be ‘religious fanatics’. This is because secularists do not have a spiritual dimension. They are always one-dimensional, unable to see beyond their own secular cultural conditioning, to think ‘outside the box’. 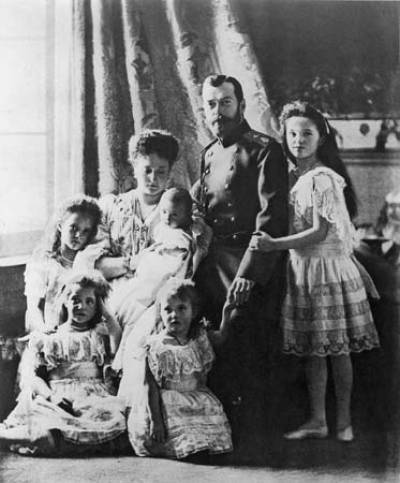 Q: Is this secular outlook why Western historians charge Tsar Nicholas II with being weak and unfitted?
A: Yes. This is Western political propaganda, invented at the time and still parroted today. Western historians are educated and paid by Western Establishments and cannot see outside that box.
Serious post-Soviet historians have disproved these charges, invented by the Western and the Westernised, gladly repeated by Soviet Communists, as their justification for the dismantlement of the Tsar’s Empire.
The only justification for the charge that the Tsarevich was ‘unfitted’ is the fact that he was at first unprepared to be Tsar because his father, Alexander III, died suddenly and at a young age. But he soon learned and became ‘fitted’.
Another favourite false accusation is that the Tsar started wars, namely the Japano-Russian War, called the Russo-Japanese War, and the Kaiser’s War, called the First World War. This is untrue. He was the only world leader who wanted to disarm, he was anti-militaristic. As regards the war against Japanese aggression, the Japanese, financed, armed and encouraged by the USA and Britain, started the Japano-Russian War. It attacked the Russian Fleet without warning in Port Arthur – a name that almost rhymes with Pearl Harbour. And, as we know, it was the Austro-Hungarians, urged on by the Kaiser who was desperate for any excuse to start a War, who triggered the First World War.
Let us recall that it was Tsar Nicholas who for the first time in world history had urged disarmament at The Hague in 1899, because he could see that Western Europe was a powder keg, waiting to explode. He was a moral and spiritual leader, the only world leader then who did not have narrow, national interests at heart and was not re-arming at huge cost.
Instead, as the Anointed of God, he had at heart the universal interests of all Orthodox Christendom, to bring to Christ all God-created mankind. Why else make sacrifices for Serbia? To have survived, he must have been incredibly strong-willed, as, among others, the French President Émile Loubet remarked.
All the powers of hell unleashed against the Tsar would never have been unleashed to remove him if he had been weak. Only the strong have to be destroyed, as is confirmed by those who knew him at the time.
Q: You say that he was profoundly Orthodox, but it is true that he had very little Russian blood, isn’t it?
A: Forgive me, but that statement contains a racist presumption, that you have to have ‘Russian blood’ to be Orthodox, a universal Christian. The Tsar was, I believe, one 128th Russian by blood. And so what? The Tsar’s sister answered this very challenge very adequately over fifty years ago. Interviewed by the Greek journalist, Ian Vorres, in 1960, his sister, the Grand Duchess Olga explained: ‘Did the British call George VI a German? He had not a drop of English blood in him…Blood is not everything. It is the soil you spring from, the faith you are brought up in, the language you speak and think in’.
Q: There are some Russians today who describe Tsar Nicholas as a ‘Redeemer’. Do you believe that?
A: Certainly not! There is only one Redeemer, the Saviour Jesus Christ. What can however be argued is that his sacrifice, and therefore that of his Family, of his servants and of the tens of millions of others who were murdered by the Soviet and Fascist regimes that followed, was redemptive. Rus was crucified for the sins of the world. Indeed, the sufferings of Russian Orthodox have been redemptive in their blood and in their tears. However, it is true that all Christians are called on to redeem themselves through living in Christ THE Redeemer. Interestingly, the pious but not well-educated Russians who call the Tsar a ‘Redeemer’ also call Rasputin a saint. 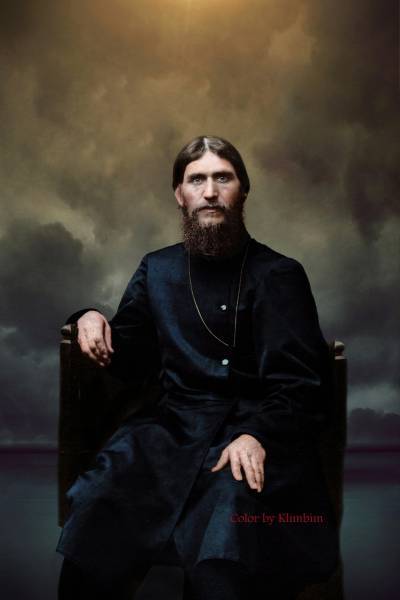 Q: Speaking of this, what should we think of Rasputin?
A: Hundreds of books have been written about Rasputin – nearly all of them by people who never knew him. I would only repeat the words of the Tsar himself, ‘He is a simple, good, religious Russian’, and the words of the Tsar’s sister, Grand Duchess Olga, ‘He was neither saint nor devil…he was a peasant with a profound faith in God and a gift of healing’. The fact that Rasputin was later atrociously slandered, and finally in December 1916 tortured by Russian aristocrats – a sign of just how sick the upper class was – and assassinated by British spies, only helps him in eternity.
Q: But what about all the charges that he was a drunkard, a thief and a debauchee?
A: Soviet and Hollywood fiction writers, like the Soviet novelist Radzinsky, love this image of Rasputin. Contemporary historians inside deSovietising Russia have proved that virtually all, perhaps all, of these charges were slanders, fiction. Moreover, they were made up not to discredit Rasputin – he was only a pawn in the hands of the slanderers – but to discredit the Imperial Family.
Their logic was that if the Friend of the ruling family could be presented as a thief, drunkard and debauchee, therefore the Family must also be like that, and that therefore they were unworthy, and that they the slanderers should have power. Such slander was very simple and very primitive. People, decadent and without any spiritual depth, believed in it because they wanted to believe in it, because such always prefer slander, scandal and gossip to the Truth of Christ. 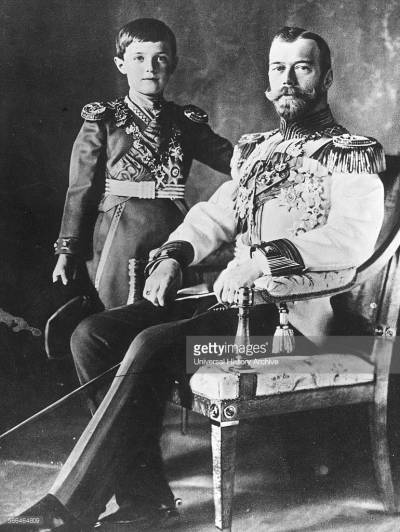 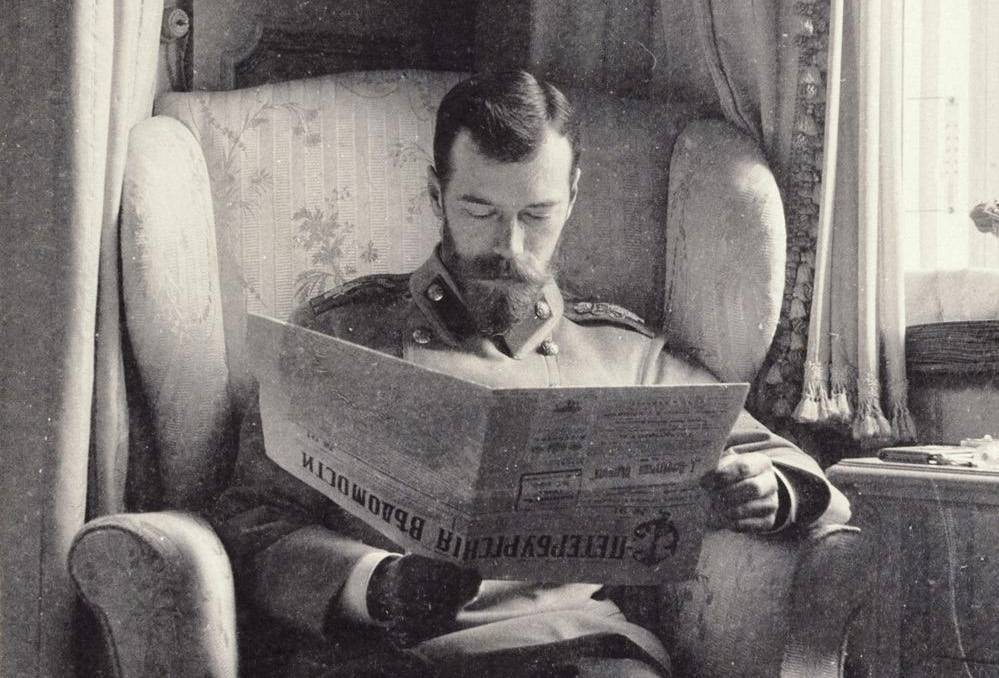