Reader Challenges Fr. Chazal, Fr. Scott, and RadTrad Thomist: "Heresy Puts You Outside the Church....So, What Happens Next? 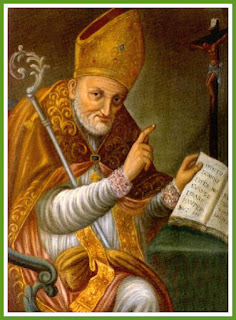 I have been increasingly disturbed and dismayed by the remarks of the two SSPX priests recently published on this blog.  Fr. Chazal seems to be thoroughly confused about Canon Law and the medicinal nature of the censures imposed on those who violate its laws, the purpose and scope of supplied jurisdiction and does not display even the most elementary notion of what constitutes membership in the Church.  Now Fr. Scott asserts that he is appalled that the German Episcopal Conference at Ingolstadt has approved the administration of Holy Communion to Protestants who are the spouses of Catholics.

Fr. Scott expresses his shock and outrage that the Blessed Sacrament, the “practical manifestation of our Faith in the Real Presence, in the divinity of Christ” is to be administered to “excommunicated” persons.  Fr. Scott is not only an intelligent and experienced priest, he is a former rector of one of the seminaries of SSPX; as such, he exhibits none of the fog of confusion that seeps through Fr. Chazal’s exchanges with Dr. Chojnowski.  No, Fr. Scott is quite clear in expressing his outrage at the German Bishops.  He cites the  all the pertinent sources from the 1983 Code of Canon Law to the “traditional” 1917 Code of Canon Law, the published documents of Popes both pre and post Vatican II, along with selected portions of the Vatican II document Unitatis Redintegratio.

It has already been established on this blog site that Material Heretics are not members of the Church but Fr. Scott takes exception to the administration of the Holy Eucharist to the Protestant spouses of German Catholics not because these people are not now and, we may assume, never have been members of the Catholic Church, but merely because they are “excommunicated” and are referred to be excommunicates in both the 1917 and 1983 Codes.  He mentions with some distaste the vague and permissive statements of the “progressive” members of the “church” and other portions of the 1983 Code which convey the “impression” that with some “discernment” individual non-Catholic Christians can be admitted to the Eucharist!  How can we reconcile this seeming contradiction?

Fr. Scott correctly cites pre-Vatican II sources from the Council of Trent, Pope Leo XIII, and Pope Pius XII that completely and clearly deny the Eucharist to non-Catholics…that is, until the catastrophe of Vatican II, this Sacrament was strictly reserved to members of the Church.  Now here is where the confusion seeps into Fr. Scott’s argument; he refers to these pre-Vatican II sources as “The Church’s Teaching” but according to the documents of Vatican Council II, the 1983 Code of Canon Law, the post-Vatican II encyclicals, liturgical changes and recent ecumenical principles and policies, it is no longer the teaching of the Church; assuming, of course, that the Conciliar Church is the Roman Catholic Church.  It is also true that the “indifferentism” that Fr. Scott refers to is no longer considered to be an error but a positive virtue…the Vatican calls it Ecumenism!  So why then is Fr. Scott so appalled at the German Bishops and not with the “Popes” who encourage and perpetuate these outrages?

Canon 2314 of the 1917 Code presumed the guilt of material heretics, a point which had been opposed by a significant number of Moral Theologians and a few Canonists at the time.  However, the strength and unity of the Church in its faith, sacraments, liturgy, and laws did provide a convincing argument for the presumption of guilt in this case.  Could a convincing argument for such a presumption be made in the Church of today?  Is it even conceivable?  Since Canon 2314 is no longer in effect, Fr. Scott’s narrow and legalistic view of that canon is not only irrelevant, it is also both unnecessary and hypocritical.  Unnecessary since Material Heretics are, by definition, not members of the Church and are, or rather should be, ineligible to receive the Sacraments ipso facto.  Hypocritical in view of the fact that Fr. Scott feels compelled to express his outrage that those heretics outside the Church could “under some circumstances” be able to receive the Eucharist, but he is loath to recognize the very blatant and well publicized heresies espoused by those within the hierarchy of the Church itself!  It appears that Fr. Scott is choking on the veritable gnat while swallowing the heretical camel whole.

I too am appalled at the actions of the German Bishops, but I am even more appalled at the timid reluctance of Fr. Scott and the leadership of the SSPX to draw the obvious conclusions from the travesties of the last fifty years and, showing the courage and faith of our fathers, act upon them.