Might this Help? Irrefutable Statements that Settle this Doctrinal Matter for All True Catholics. How we apply these certain teachings to this Particular Situation is One thing, the Teaching of the Catholic Church is another. 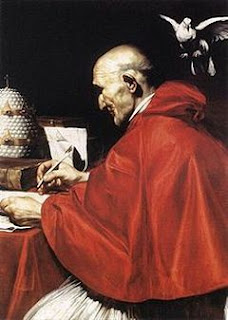 Some quotations relevant to the questions raised by recent discussions about heresy, the Church, and the Papacy:


Comments On The Loss Of Papal Office Due To Heresy

Pope Innocent III:
“The Pope should not flatter himself about his power nor should he rashly glory in his honor and high estate, because the less he is judged by man, the more he is judged by God. Still the less can the Roman Pontiff glory because he can be judged by men, or rather, can be shown to be already judged, if for example he should wither away into heresy; because he who does not believe is already judged, In such a case it should be said of him: ‘If salt should lose its savor, it is good for nothing but to be cast out and trampled under foot by men.’”

St. Alphonsus Liguori:
“If ever a Pope, as a private person, should fall into heresy, he should at once fall from the Pontificate. If, however, God were to permit a pope to become a notorious and contumacious heretic, he would by such fact cease to be pope, and the apostolic chair would be vacant.”

St. Francis de Sales:
“Now when the Pope is explicitly a heretic, he falls ipso facto from his dignity and out of the Church . . . ”

St. Antoninus:
“In the case in which the Pope would become a heretic, he would find himself, by that very fact alone and without any other sentence, separated from the Church. A head separated from a body cannot, as long as it remains separated, be head of the same body from which it was cut off.”

Billot — De Ecclesia, 1927
“Given, therefore, the hypothesis of a pope who would become notoriously heretical, one must concede without hesitation that he would by that very fact lose the pontifical power, insofar as, having become an unbeliever, he would by his own will be cast outside the body of the Church.”

Wernz-Vidal — Canon Law, 1943
Through notorious and openly divulged heresy, the Roman Pontiff, should he fall into heresy, by that very fact (ipso facto) is deemed to be deprived of the power of jurisdiction even before any declaratory judgment by the Church... A Pope who falls into public heresy would cease ipso facto to be a member of the Church; therefore, he would also cease to be head of the Church.
So, a publicly heretical pope, who by the mandate of Christ and of the Apostle should be avoided because of danger to the Church, must be deprived of his power, as nearly everyone admits. But he cannot be deprived of his power by a merely declaratory sentence.
For every judicial sentence of privation supposes a superior jurisdiction over him against whom the sentence is laid. But a general council, in the opinion of adversaries, does not have a higher jurisdiction than does a heretical pope. For he, by their supposition, before the declaratory sentence of a general council, retains his papal jurisdiction; therefore a general council cannot pass a declaratory sentence by which a Roman Pontiff is actually deprived of his power; for that would be a sentence laid by an inferior against the true Roman Pontiff.
In sum, it needs to be said clearly that a [publicly] heretical Roman Pontiff loses his power upon the very fact….A doubtful pope is no pope.

A. Vermeersch — Epitome Iuris Canonici, 1949
“At least according to the more common teaching; the Roman Pontiff as a private teacher can fall into manifest heresy. Then, without any declaratory sentence (for the Supreme See is judged by no one), he would automatically (ipso facto) fall from power which he who is no longer a member of the Church is unable to possess.”

Coronata — Institutions Juris Canonici, 1950
“It cannot be proven however that the Roman Pontiff, as a private teacher, cannot become a heretic —“If indeed such a situation would happen, he [the Roman Pontiff] would, by divine law, fall from office without any sentence, indeed, without even a declaratory one. He who openly professes heresy places himself outside the Church, and it is not likely that Christ would preserve the Primacy of His Church in one so unworthy. Wherefore, if the Roman Pontiff were to profess heresy, before any condemnatory sentence (which would be impossible anyway) he would lose his authority.

Edward F. Regatillo — Institutiones Iuris Canonici, 1956
“‘The pope loses office ipso facto because of public heresy.’ This is the more common teaching, because a pope would not be a member of the Church, and hence far less could he be its head.”

Wrenn, CLSA NEW COMM (2001) at 1618 states: “Canon 1404 is not a statement of personal impeccability or inerrancy of the Holy Father. Should, indeed, the pope fall into heresy, it is understood that he would lose his office. To fall from Peter’s faith is to fall from his chair.”

Edward Peters— A Canonical Primer on Popes and Heresy, December 16, 2016.
As for the lack of detailed canonical examination of the mechanics for assessing possible papal heresy, Cocchi, COMMENTARIUM II/2 (1931) n. 155, ascribes it to the fact that law provides for common cases and adapts for rarer… In sum, and while additional important points could be offered on this matter, in the view of modern canonists from Wernz to Wrenn, however remote is the possibility of a pope actually falling into heresy and however difficult it might be to determine whether a pope has so fallen, such a catastrophe, Deus vetet, would result in the loss of papal office.