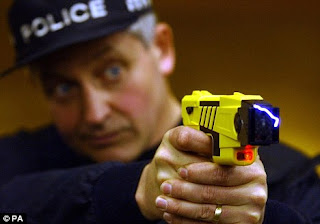 Are you shut down every time that you insist upon adherence to the Catholic Faith as being a necessary condition for being a member of the Catholic Church? Does intelligent discussion of who is in and who is outside the Church get shut down be the "stun gun" of the cry "ONLY MATERIAL HERESY"? What exactly is "material heresy" and is it still the public heresy that separates you from the Catholic Church? Or is the "Material Heresy" card a "Get out of Defection" free card? Since I don't want to make up my own answer to this question, I will post here answers to those questions as has been sent to me by a friend.

I will embolden the parts of these articles which directly refute some commonly held theological misconceptions. Big Ones!

Here are the passages:

“The following classes of men are definitely not members of the Church:

b. Public heretics (and a fortiori, apostates) are not members of the Church.  They are not members of the Church because they separate themselves from the unity of Catholic faith and from the external profession of that faith.  Obviously, therefore, they lack one of the three factors—baptism, profession of the same faith, union with the hierarchy—pointed out by Pius XII as requisite for membership in the Church…The same pontiff has explicitly pointed out that unlike other sins, heresy, schism, and apostasy automatically sever a man from the Church….By the term public heretics at this point we mean all who externally deny a truth (for example Mary’s Divine Maternity), or several truths of divine and Catholic faith, regardless of whether the one denying does so ignorantly and innocently (a merely material heretic), or willfully and guiltily (a formal heretic).  [153, pg. 241]

The Church of Christ
An Apologetic and Dogmatic Treatise
E. Sylvester Berry, STD

Chapter VI
Members of the Church

A heretic is usually defined as a Christian, i.e. a baptized person, who holds a doctrine contrary to revealed truth; but this definition is inaccurate, since it would make heretics of the large portion of the faithful…A person who submits to the authority of the Church and wishes to accept all her teachings, is not a heretic, even if he professes heretical doctrines through ignorance of what the Church really teaches; he implicitly accepts the true doctrine in his general intention to accept all that the Church teaches…

Excluded from Membership.  Manifest heretics…are excluded from membership in the Church….So far as exclusion from the Church is concerned, it matters not whether the heresy or schism is formal or material.

Chapter 5
The Necessity of the Church

[Section 19] Membership of the Church

3. Inference
b) Open apostates and heretics.  Public heretics, even those who err in good faith (material heretics), do not belong to the body of the Church, that is to the legal commonwealth of the Church….[pg. 311]

Theological Evaluation of the Congar-White Theory

Despite the manifest learning and ability of some of the writers who teach that material heretics are members of the Church, the consensus of Scholastic theology is definitely opposed to this position….the great theologian, Emil Dorsch, writes that “you can take it as certain that these manifest material heretics do not belong to the Catholic Church…the famous Fr. Van Noort holds that public heretics, whether in good faith or in bad faith, are not members of the Church.  The Jesuit, Jean Vincent Bainvel, teaches that manifest heretics and schismatics, even those who are only materially such, are outside the true Church…The same teaching is found in the manuals of Brunsman-Preuss and Cardinal Louis Billot.  The distinguished American theologian, Dr. E. Sylvester Berry, states explicitly that manifest heretics are not members of the Church.  This holds true whether their heresy is formal or only material. [pg. 300: Msgr. Fenton cites the manuals and page numbers from which each theologian is quoted.]

Here again is the citation from Paster Aeturnus that clearly shows that Pope Pius IX is stating "infallibly" the consequences of disobeying a Pope in the proper discharge of his duty to govern the Church.

Chapter 3 of Pastor Aeturnus states the following:
“Hence we teach and declare that by the appointment of our Lord the Roman Church possesses a sovereignty of ordinary power over all other Churches, and that this power of jurisdiction of the Roman pontiff, which is truly episcopal, is immediate; to which all, of what¬soever rite and dignity, are bound, by their duty of hierarchical subordination and true obedience, to submit, not only in matters which belong to faith and morals, but also in those that appertain to the discipline and government of the Church throughout the world; so that the Church of Christ may be one flock under one supreme pastor, through the preservation of unity, both of communion and of profession of the same faith, with the Roman pontiff. This is the teaching of Catholic truth, from which no one can deviate without loss of faith and salvation.”