Now Can We Stop Arguing about Whether or Not a Pope Can be a Public Heretic? Fr. Kramer's Latest Text that Definitively Answers the Question. 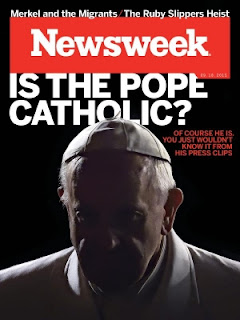 Defection from the Faith & the Church - Faith, Heresy, and Loss of Office - An Exposé of the Heresy of John Salza & Robert Siscoe Part I