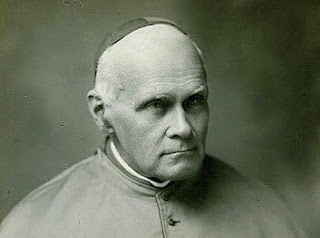 CONCLUSION
In view of what has been stated and elaborated above, the observation of Fr. Gleize can be seen to be entirely correct on this point: «The opinion of the medieval theologians (cf. no. 3), which acknowledges that the Church has a power to depose the pope if necessary, contradicts the divine constitution of the Church: Cajetan recognizes that this thesis mentioned in an objection was (at least in his era) the common opinion. But it does not hold up, because since the pope is above the Church by divine right, if there is an exceptional case in which the Church has power over him, this case must be explicitly foreseen and stated as such in the sources of revelation. Now, “when we consider the exceptional case of heresy, divine law does not foresee that the pope should be subject to the Church” (see De comparatione, chapter 20, §280). This is why the explanation set forth by these theologians should be rejected: it contradicts the explicit teaching of revelation. »
Fr. Gleize then quotes Cardinal Billot to show that Cajetan’s solution does not solve the problem, explaining, «that Cajetan’s explanation in reality does not avoid saying that the Church is above the pope. Cardinal Billot saw this clearly in his Traité de l’Église du Christ, question 14, thesis 29, part 2, pp. 605-606, nos. 940-941:

“Let no one say that the deposal could still be understood not as the direct withdrawal of the papacy (since this power is given directly by God and subordinates all other power in the Church to itself), but rather as a simple change of subject, inasmuch as one would withdraw from the pope the legitimacy that acquired his election for him. In fact…far from being the contrary corresponding to the election, this change of person is dependent on another order, for it corresponds to an act of jurisdiction and to the exercise of a power. This is why the objection’s conclusion does not follow: just because the person of the pope can be designated by men, this does not mean that the latter have the legitimate power to dismiss the person of the pope from the papacy....The Church, or an ecclesiastical assembly, cannot perform any act upon the person of the pope, except for the election. And therefore, once the election is canonically terminated, the Church has nothing more to do until a new election takes place, which can occur only after the see becomes vacant.”

And, further, Billot observes the following:
“Cajetan takes a lot of trouble without managing to show how it would be possible to keep these three principles together: a pope who has fallen into heresy is not thereby deposed by virtue of divine law nor by virtue of human law; the pope who remains pope has no superior on earth; if the pope loses the faith, the Church has the power to depose him all the same. But one may reply that, if the pope who has fallen into heresy remains pope and can be deposed by the Church, one or the other of these two consequences must necessarily be admitted: either the fact of deposing the pope does not require the one who deposes him to have power over him, or else the pope while remaining pope is really subject on earth to a superior power, at least in a particular situation. Moreover, as soon as we open the door to a deposal, there is no longer any reason to restrict it (by the very nature of things or by virtue of a positive law) to deposal solely in the case of heresy. For then we have already destroyed the principles that make the deposal impossible in general, and nothing remains but a voluntaristic rule, accompanied by an arbitrarily defined exceptional case.” »
Clearly there can be no exception to the principle of papal injudicability. It has no basis in divine revelation, and is contrary to the divine constitution of the Church as defined in Pastor Aeternus and in many other documenrs of the Supreme Magisterium. Opinion No. 4 in all its variations requires a judgment of the Church to be pronounced upon the heretic pope as a condition for him to fall from office. The proposition, therefore, that anyone in the Church, even an imperfect ecumenical council, may legitimately judge the pope while still in office for heresy, is plainly seen to be heretical. He could only be judged to have already fallen from office, if indeed it is possible for a pope to fall into heresy. That being said, if it were possible for a pope to fall openly into heresy that is, into manifest, formal heresy, the very fact of his heresy would prove beyond doubt that he simply is not the pope of the Catholic Church; and therefore, his removal would not violate the principle of papal injudicability.
Although Bellarmine refuted the Third Opinion by proving that a manifestly heretical pope would in fact not be a pope at all, he did not state any precise reason why the Church would have the authority to remove a heretical pope who is not manifestly heretical. In the case of a manifest heretic, no further justification would be needed for the removal beyond the patent fact that the manifest heretic, by the very fact of his inexcusable heresy, would simply not be pope, but an intruder usurping the papal throne. However, the question of a patently materially heretical pope who is clearly not invincibly ignoranrt of his heresy, but not manifestly pertinacious either; or a pope who is gravely suspect of occult heresy on the basis of credible evidence, presents great difficulties, which might not even be possible to resolve. In order to remain in power, a heretic could even feign orthodoxy in the manner that the heretic, Alfred Loisy feigned orthodoxy – and then later boasted how he had deceived the Archbishop of Paris. So, there would not only be the difficulty of determining in some cases, whether the pope’s beliefs are actually heretical or merely erroneous, (as would be the case of a heresy not yet condemned, but apparently at variance in some manner against some point of defind or manifest dogma); but even if he were to visivbly appear to accept correction, it could never really be morally certain that the heretic sincerely were really accepting correction, or if he were just following the deceitful example of Loisy, merely in order to preserve his temporal status. Thus, the observation made in the Canon Law Society of America’s  New Commentary on he Code of Canon Law needs to be seriously considered: ”The anomaly about these severe consequences (loss of ecclesiastical office, etc.) is that some of the most serious of  them are ’automatic or self imposed’ (ipso jure, ipso facto, latae sententiae), while the alleged offenses are often quite complex, nuanced, and vigorously disputed, except in the extremely rare event that the persons themselves admit to being in heresy, apostasy, or schism. In other words, this system of sanctions for the serious doctrinal deviaions does not work.” (p. 915)


The problem of papal heresy is a hypothesis without any satisfactory solution for all contexts. Fr Gleize remarks on Bellarmine’s opinion. “This opinion is therefore a probable approach to a solution in a certain context, but it could not be applied to every context. As we explained earlier, this way of solving the theoretical problem is not a universal principle of responding in practice to it.” Since it is only a hypothesis, as Don Curzio says, a mere hypothesis at most possible, but by no means theologically certain, (una pura ipotesi possibile o al massimo probabile, ma mai teologicamente certa); to hold as theologically certain the hypothesis of papal heresy and the consequent loss of office, (ritenere teologicamente certa l’ipotesi dell’eresia del Papa e la conseguente perdita del Pontificato), would constitute an undue leap of logic from the possible or probable to the certain, (un passaggio indebito dal possibile/probabile al certo). We are left with one certitude on this question: If it is an indisputable fact that a man is undeniably a manifest heretic, then, whether he is believed to have fallen from the Pontificate, or to never validy assumed the Pontificate; his manifest heresy would prove beyond all shadow of doubt that in either case, he is not the pope.