The JFK Assassination and why it should matter to us. 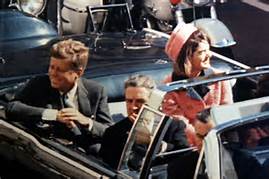 Here is a fascinating book review of a text that I have not yet read, concerning the possible motivations and actions of those who brought about the assassination of President John F. Kennedy, the only Catholic US president ---- remember adultery does not separate you from the Catholic Church, even though it is a grave sin, only heresy, apostasy, and schism do. Our purpose here is to lay out the ground work for a study of what Warren H. Carroll, "the" American "Catholic historian," was doing in Dallas in 1963. Was it significant that he was the chief write for Howard Hunt and very much involved with CUSA (Conservative USA), sponsored the infamous "Welcome Mr. Kennedy" article that appeared on the day of Kennedy's assassination? Is it of any significance that transcripts of Warren H. Carroll's essay on "Heroism" were found in the back of Jack Ruby's car when he went to kill Lee Harvey Oswald? Does it matter that he had worked for the CIA, but was "checked" out by Howard Hunt. All mere circumstantial evidence without relevance to the "conservative Catholic" scene of the past 40 years. Perhaps. Let's see.

Here is the book review.  More information, direct from the Warren Commission Report will follow.