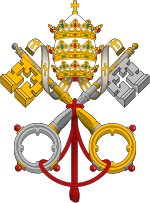 Here is another section of Fr. Kramer's answer to Salza and Siscoe

(The Catholic Missionary, “The Inquisition.” Andrew Kim (first Korean - born Catholic priest), Martyred, p.5. 1853)
“Moreover, so far from wishing to tolerate such persons in the Church, St. Paul warns the faithful to avoid them (Romans 16:17), calls upon those who are set over Churches to cast out the recalcitrant heretic, as one who is "subverted and self - condemned" (Titus 3:10 - 11), and, in a particular instance, tells St. Timoth y that he has "delivered" two such heretics "to Satan" — that is, cast them out of the Church — "that they may learn not to blaspheme" (1 Timothy 1:20).”
(The Catholic Encyclopedia. “Union of Christendom”. Sydney Smith, S.J. 1912)
“Moreover, we determine to subject to excommunication believers who receive, defend or support heretics… If however, he is a cleric, let him be deposed from every office and benefice, so that the greater the fault the greater the punishment. If any refuse to avoid such persons aft er they have been pointed out by the Church [postquam ab ecclesia denotati fuerint], let them be punished with the sentence of excommunication until they make suitable satisfaction. Clerics should not, of course, give t he sacraments of the Church to such p estilent persons nor give them a Christian burial…”
(Fourth Lateran Council, Constitution 3, On Heretics. Pope Innocent III. 1215)
The admonitions that Titus is instructed to give are clearly official admonitions, or those that come from aauthority; and they relate to the Church’s official process of excommunicating and separating heretics from the faithful. This fact is a lso drawn from the works of St. Thomas Aquinas. » (The author then presents the exposition of St. Thomas.)