- August 12, 2017
Here is an article that John Vennari published in 2013 concerning his reflections on the negotiations between the SSPX and the Vatican. This article confirms what I long knew about John from innumerable conversations with him, the ones that come to mind are those which took place in Rome and those we had by phone immediately after the death of Fr. Gruner, that even though he was a consistent supporter of the SSPX until his death, he was vehemently against any agreement between the SSPX and the Vatican in the current circumstances; here he differed from his good friend Chris Ferrara who has always been, to my knowledge, in favor of an agreement between SSPX and the Vatican --- believing, as he does, that the texts of Vatican II should pose no obstacles. This was the case, even though I never heard John speak publicly about the SSPX Resistance, which I know he did not support. One concrete bit of empirical evidence for this is that he never, to my knowledge, mentioned the SSPX Resistance in the pages of Catholic Family News or in any of his lectures. In private, of course, the topic was discussed quite often.

The truth of John's thesis, discussed in the article below, was confirmed to me by Bishop Fellay when I met him in February 2006 in Denver, Colorado. This was less than a year after Josef Ratzinger/Benedict XVI claimed the papacy in April of 2005. When I inquired into the details of the conversation that the bishop had with Benedict, Bishop Fellay mentioned that, in the course of his conversation with Benedict, Benedict stated that, "Well, of course, when you come in, you will have to teach the new thinkers in your seminaries [i.e., the New Theologians]."

We see, in the letter of Cardinal Mueller of May 2017, that this is still the case some 11 years later.


Archbishop Di Noia Admits:
The Goal is to Convert SSPX
to Conciliar Thinking

“This is a new concept which we know the Traditionalists will not be able to accept immediately. Convincing them will take time, and in this respect we will have to be patient.”
– Archbishop Joseph Augustine Di Noia, newly-appointed Vice-Prefect of the Vatican’s Ecclesia Dei 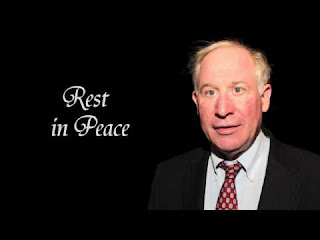