No more "Ladies and Gentlemen"!!

- July 14, 2017
As a follow up to our recently posted article on "Masculine Etiquette". It seems as if this is the signal that Great Britain as we have come to know it ---- is no more.

The London Mayor, Sadiq Khan, in conjunction with the gay rights group, Stonewall, scored a major victory today by banning the phrase "ladies and gentlemen" from the vernacular used by London Transport employees. It's simply not in touch with the times, as genders defined by the DNA helix are old hat, worn, and not the reality that is supported by the far left.

More on this important, groundbreaking, civil rights "victory" for the "gay" class. 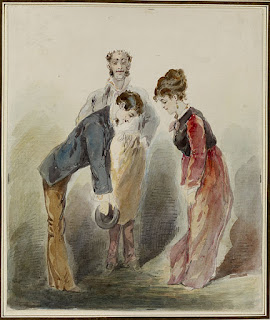 The phrase "ladies and gentleman" is to be scrapped from announcements on the Tube in a bid to make them gender-neutral.

London Underground staff have been told to instead use greetings such as "good morning everyone" to ensure that all passengers feel "welcome".

All new pre-recorded announcements will also be changed to use the new phrases, Transport for London (TfL) said.

Campaigners had said the phrase "ladies and gentleman" - which is commonly used by drivers - was “outdated”, adding that it is“polite, but really belonging to yesterday”.

Stonewall, the LGBT campaign group, welcomed the decision, which comes after months of campaigning and was supported by London mayor Sadiq Khan.

The change of phrases follows similar moves in other companies, universities and schools across the country to use gender-neutral language.

"We want everyone to feel welcome on our transport network," said Mark Evers, director of customer strategy at TfL.

"We have reviewed the language that we use in announcements and elsewhere and will make sure that it is fully inclusive, reflecting the great diversity of London."

Mr Khan said he was "keen" that TfL speak in a "more neutral way".

He added: "TfL serves a vibrant, diverse and multicultural city, and provision of an inclusive transport service is at the heart of TfL's purpose.

"I am aware however, that some customers may not relate to or feel comfortable with the way that certain station announcements are made."

TfL said it had told staff about the use of the new phrases, but that "from time-to-time, well-meaning staff may still use the term 'ladies and gentlemen".

"If this happens frequently, we will issue reminders to staff," it added.

Stonewall said in a statement: "Language is extremely important to the lesbian, gay, bi and trans community, and the way we use it can help ensure all people feel included.
"We welcome gender neutral greetings."