How Much did Montini and Escriva have to do with Sister Lucy's departure from the Dorothean Order and her entrance into the Carmel? Was this new cloistered existence and the removal of her teeth, in 1948, part of the plan? 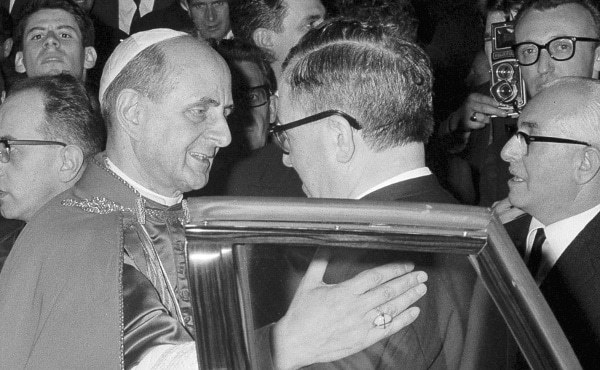 When will these "saints" be brought to justice?

A Friend of Sister Lucy Truth summarizes some of the information presented in the podcast by Profesosor Bezerra. Very Interesting.

The main question is: How much was the Opus Dei involved in the case?
Escrivá had met Sister Lucy in the 1940's and, for some reason, she decided to become a Carmelite, against the will of her superior.
She, then, wrote a letter to Rome, because it would be easier for her to be transferred to a Carmel with an approval by Pope Pius XII. By that time, Monsignor Montini was already in charge of taking care of correspondence in Rome. He was a very close friend of Escrivá's by that time.
One night, Sister Lucy had a toothache and the dentist told her that all of her teeth should be removed. Indeed, it would change her dental arch a little and it would facilitate a replacement. Besides, the Carmel in Coimbra was restarted in the late 1940's. Freemasonry had taken it down in the past and then the Portuguese military was in charge of the Carmel until around 1948. All the nuns didn't know each other and barely knew Sister Lucy!
Sister Lucy I was hidden there and wouldn't get any contact with the outside world. All that was needed for a replacement was an imposter with a pair of thicker glasses. And all the nuns seemed to be cooperating with the Opus Dei.
See the entire video by Professor Bezerra here:
https://www.youtube.com/watch?v=2HG3g-zuAMk