When Have the Warnings of Our Lady of La Salette and those of Anne Catherine Emmerich Concerning Rome Losing the Faith and the Appearance of a Counterfeit Church been More Perfectly Realized than at this Moment in History? 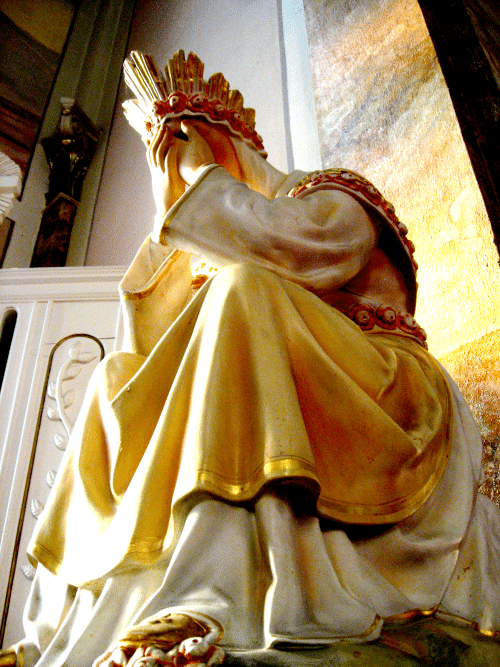 From a Reader of RadTrad Thomist:

Our Lady of La Salette

It certainly seems as though the following prophecies have come to pass in 1958, exactly 100 years after Our Lady of La Salette wanted her message to be revealed.

“Melanie, what I am about to tell you now will not always be a secret. You may make it public in 1858.

“The priests, ministers of my Son, the priests, by their wicked lives, by their irreverence and their impiety in the celebration of the holy mysteries, by their love of money, their love of honors and pleasures, and the priests have become cesspools of impurity. Yes, the priests are asking vengeance, and vengeance is hanging over their heads. Woe to the priests and to those dedicated to God who by their unfaithfulness and their wicked lives are crucifying my Son again! The sins of those dedicated to God cry out towards Heaven and call for vengeance, and now vengeance is at their door, for there is no one left to beg mercy and forgiveness for the people. There are no more generous souls; there is no one left worthy of offering a stainless sacrifice to the Eternal for the sake of the world.”

“Rome will lose the faith and become the seat of the Antichrist.”

“The chiefs, the leaders of the people of God have neglected prayer and penance, and the devil has bedimmed their intelligence.  They have become wandering stars which the old devil will drag along with his tail to make them perish.”

“The Church will be punished because the majority of her members, high and low, will become so perverted. The Church will sink deeper and deeper until she will at last seem to be extinguished, and the succession of Peter and the other Apostles to have expired. But, after this, she will be victoriously exalted in the sight of all doubters.”

“There will be an uncanonically elected pope who will cause a great Schism, there will be divers thoughts preached which will cause many, even those in the different orders, to doubt, yea even agree with those heretics which will cause My order to divide, then will there be such universal dissentions and persecutions that if these days were not shortened even the elect would be lost.” (Culleton, p. 130).

“The Church is in great danger…The Protestant doctrine and that of the schismatic Greeks are to spread everywhere. I now see that in this place (Rome) the (Catholic) Church is being so cleverly undermined, that there hardly remain a hundred or so priests who have not been deceived. They all work for the destruction, even the clergy. A great destruction is now at hand…I saw that many pastors allowed themselves to be taken up with ideas that were dangerous to the Church. They were building a great, strange, and extravagant Church. Everyone was admitted in it in order to be united and to have equal rights: Evangelicals, Catholics, sects of every description. Such was to be the new Church…I saw again a new and odd-looking Church which they were trying to build. There was nothing holy about it…” (Dupont Y. Catholic Prophecy: The Coming Chastisement. TAN Books, Rockford (IL), 1973, pp. 66, 71, 116)

Anne-Catherine Emmerich, Prophetically Spoke of the True Pope in Exile

"I see the Holy Father in great distress. *He lives in another palace and receives only a few in his presence. If the wicked party know their own great strength, they would even now have made an attack. I fear the Holy Father will suffer many tribulations before his death, for I see the black counterfeit church gaining ground, I see its fatal influence on the public. The distress of the Holy Father and of the Church is really so great that one ought to pray to God day and night. I have been told to pray much for the Church and the Pope...The people must pray earnestly for the extirpation (Rooting out, destruction) of the dark church." (Prophetic Vision of Anne Catherine Emmerich d. 1824 A.D., Augustinian Nun, Stigmatist - from the book, The Life of Anne Catherine Emmerich, by Very Rev. Carl E. Schmoger, C.SS.R, Vol. ii, pages [Ibid, pages 292-293])

"I saw the fatal consequences of this counterfeit church: I saw it increase; I saw heretics of all kinds flocking to the city. I saw the ever-increasing tepidity of the clergy, the circle of darkness ever widening. And now the vision became more extended. I saw in all places Catholics oppressed, annoyed, restricted, and deprived of liberty, churches were closed, and great misery prevailed everywhere with war and bloodshed."

"I saw several churches, or rather meeting-houses surmounted by weather-cocks, the congregations, disunited from the Church, running here and there like beggars hurrying to places where bread is distributed, having no connection with either the Church Triumphant or the Church Suffering. They were not in a regularly founded, living Church, one with the Church Militant, Suffering, and Triumphant, nor did they receive the Body of the Lord, but only bread. They who were in error through no fault of their own and who piously and ardently longed for the Body of Jesus Christ, were spiritually consoled, but not by their communion. They who habitually communicated without this ardent love received nothing;...”