Before the Confrontation with Satan, the Exorcist of the Actual Case that the Movie and Book "The Exorcist" was based upon, tells the Possessed Boy about the Fatima Story and Our Lady's Appearance to the Three Children. After a Few Moments of Peace --- allowing the Priests to leave --- All Hell Broke Loose! 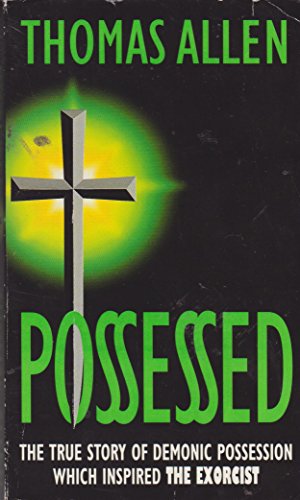 Here is the relevant text from Thomas Allen's Possessed: The True Story of Demonic Possession Which Inspired The Exorcist (New York: Doubleday, 1993), pp. 63-64:
"Then [Fr.] Bowdern, in a spontaneous homily, told Robbie about three children around his age [13] who had seen something that other people had not seen. Bowdern's story was about Our Lady of Fatima, a vision that appeared to three children who were tending sheep near Fatima, Portugal in 1917. Bowdern told Robbie [the pseudonym for the possessed boy] that the beautiful woman in the vision was the mother of Jesus --- the Mary in the Hail Mary prayers the the priest had just said. She called herself Our Lady of the Rosary and told the children to say the rosary, which the priests had just done. Bowdern talked a little about Our Lady of Fatima. Prayers said to her, he said, reached Jesus, and he responded to the prayers."
Dr. Chojnowski: Not that the boy and his family were Lutherans who had gotten no solace or help at all from the two Lutheran "pastors" that they went to in the initial stages of the possession of "Robbie." They quickly turned the matter over to Catholic priests who, "knew about these things." The entire family converts to the Catholic Religion after the success of the exorcism.