Declassified Document from OSS (September 22, 1944) Proves the Msgr. Montini ("Saint" Paul VI) Was the Leader of the "Catholic" Effort to Establish Relations with the Soviet Union and Incorporate the Communists into the Italian Political Establishment Post-WWII. 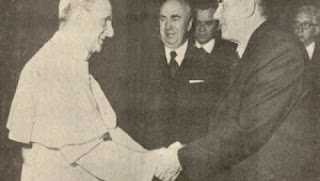 What would such a man think about a woman calling for the conversion of Russia? Is it at all coincidental that it was Montini who organized Sister Lucy's entrance into the Carmel in Coimbra? Or that he was the one who first trotted out the Imposter to act as his facilitator  on May 13th, 1967?

Angelo Roncalli and Giovanni Montini are the two main person's of interest in the Crime Against Sister Lucy of Fatima, since they were the one's who presided over the entire substitution. John Paul II is a coconspirator, because he used the substitution to advance his own narcissistic personality and policy --- becoming ultimately focal point of the "Third Secret." This parallels perfectly the situation in the Church at large, where Roncalli and Montini initiated and pulled off the substitution of the Conciliar Church for the Catholic Church, and Wojtyla was the one who revived public interest in the Conciliar Religion, just as he brought back in to the public view "Sister Lucy" in 1982. 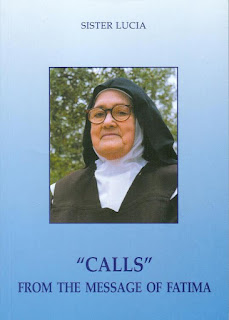