Article from Angelus Magazine Throws Light on the Roots of NewChurch's "Theology of the Body" Moral Revamp. 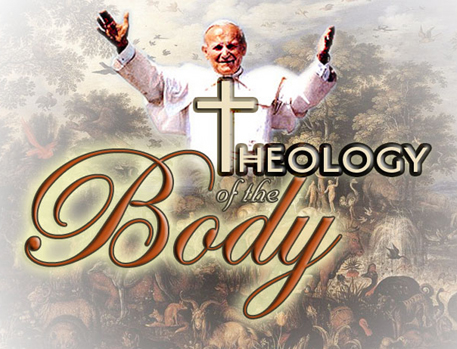 Here is an excellent article on John Paul II's "Theology of the Body," which I believe that those in Tradition know so little about. I have been vaguely aware of it for about 30 years, without really studying the matter. Below I will post some of the footnotes in Anne-Marie Temple's article, ones that I find particularly interesting from a philosophical perspective. Mostly they have to do with the then Fr. Karol Wojtyla's attempt to conform Catholic Moral Teachings to the Value-Theory Phenomenology of Max Scheler, an apostate "Catholic." Notice, also, that Wojtyla takes the "transcendental turn" towards an anthropocentric view, coming from Descartes and Kant, "seriously." Well, since Descartes says that what we know are our ideas and Kant says that the mind structures nature rather nature informing and shaping the understanding of the mind ---- our "Catholic" morals seem to have been set for some fundamental changes. Note the last footnote, which says that Cardinal Wojtyla pushed for his "theology of the body" in order to "repair" the "pastoral disaster" occasioned by Humanae Vitae. Are these the "Catholic moral values" that the likes of Cardinal Burke and Chris Ferrara are calling us back to?

Here are the footnotes from the article:

Angelo Scola, rector of the Pontifical Lateran University in Rome, goes so far as to suggest that virtually every thesis in theology—God, Christ, the Trinity, grace, the Church, the sacraments—could be seen in a new light if theologians explored in depth the rich personalism implied in John Paul II’s theology of the body.… These 130 catechetical addresses, taken together, constitute a kind of theological time bomb set to go off, with dramatic consequences, sometime in the third millennium of the Church. When that happens, perhaps in the 21st century, the Theology of the Body may well be seen as a critical moment not only in Catholic theology, but in the history of modern thought. For 350 years, Western philosophy has insisted on beginning with the human subject, the thinking subject. Karol Wojtyla, philosopher, took this ‘turn to the subject’ seriously; John Paul II has taken it seriously as a theologian. By insisting that the human subject is always an embodied subject whose embodiedness is critical to his or her self-understanding and relationship to the world, John Paul took modernity’s ‘anthropological turn’ with utmost seriousness.”

The “theology of the body” is indeed becoming the basis of marriage preparation and even catechism classes throughout the United States and Europe, particularly since the death of John Paul II.
2 Cf. John Paul II’s Crossing the Threshold of Hope, p. 123:

When I was a young priest, I learned to love human love. It was one of the themes on which I based my entire priesthood, my ministry in my preaching, in the confessional and in my writings. If one truly loves human love, one feels the pressing need to give oneself with all one’s strength to the service of the ‘great love.’”

The tenets of the theology of the body are already present in his Love and Responsibility, published by the Catholic University of Lublin (KUL) in 1960. The book was itself the result of the courses he developed and taught at the university starting in 1956. Fr. Wojtyla took inspiration from the phenomenology of Max Scheler in particular. Cf. Weigel, Witness to Hope, pp. 126-130. The pope likewise points to the importance of his contact with the youth group “Srodowisko,” in Crossing the Threshold of Hope, p. 208:

When love is responsible, it is also truly free. This is precisely the teaching I learned from the encyclical Humanæ Vitae written by my venerable predecessor Paul VI, and that I had learned even earlier from my young friends, married and soon to be married, while I was writing Love and Responsibility. As I have said, they themselves were my teachers in this area" (emphasis in the original).

The title of his second doctoral thesis at the University of Krakow was “An Evaluation of the Possibility of Constructing a Christian Ethics on the Basis of the System of Max Scheler.” He concluded that Scheler’s phenomenology was rich in potential but needed a grounding in realism to prevent its descent into “solipsism.” The immediate occasion for the presentation of the theology of the body catechesis was a desire to repair damage done by Humanæ Vitae, which Cardinal Wojtyla considered a pastoral disaster. Cf. Weigel, pp. 207-210, 334-335, and Yves Semen, La Sexualite selon Jean-Paul II (Paris: Presses de la Renaissance, 2004), pp. 58-59, and 188-90.