Brits Back Out of World War III. This Time Join With the Germans and Italians: Nikki and Bibi Ready to Go it Alone Against the Russian Bear. 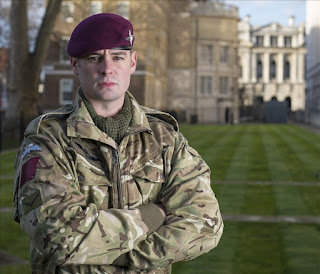 Just hours after US Ambassador to the United Nations Nikki Haley said that the US was "locked and loaded" for another attack on Syria if Bashar al-Assad is again accused of using chemical weapons on his own people, the UK is seeking to emphasize that there are no plans for another Syria strike, a sign that lawmakers might be rethinking their support for Prime Minister Theresa May's unilateral action, per Bloomberg.
Johnson said "we in the UK do not seek an escalation. Absolutely not," adding that strong efforts had been made to communicate to Russia that the bombing in Syria was "limited to saying no to chemical weapons."

Indeed, there is "no proposal on the table" for further strikes, Johnson said. While the US, France and the UK had insisted that Assad's actions represented a moral outrage that was simply too heinous to ignore, Johnson claimed that "the overwhelming purpose, the mission was to send a message," Johnson said.
"Finally the world has said enough is enough." He conceded that this meant "the rest of the Syrian war must proceed as it will" and that Assad would be allowed to "butcher his way" to victory.
Johnson's remarks come ahead of an appearance by May before Parliament on Monday. May will explain her decision to unilaterally authorize the bombing, though she still needs to avoid a vote on whether she was right. However, Speaker of the House of Commons John Bercow could still grant one, Bloomberg said.
In the US, lawmakers and the media applauded the strikes, while whole segments of President Trump's noninterventionist base were outraged.
Labour Party Leader Jeremy Corbyn, maintaining his historical opposition to every US and UK intervention, said during an interview that the legal basis for May unilaterally authorizing the strikes was "debatable," once again putting him at odds with Labour Party members who supported the strikes.
Fortunately for May, members of her own party and at least some Labour MPs are planning to vote against a measure that would require an official explanation about the reasoning behind her decision from May.
Corbyn has also differed from other members of his party by supporting a closer partnership between the UK and Russia, which is still facing sanctions from the EU over its annexation of Crimea. Corbyn believes the UK and US should authorize another agreement similar to the 2013 accord that saw Russia negotiate the destruction of Syria's chemical weapons stockpile.
"Several hundred tons of chemical weapons were destroyed as a result of that process," Corbyn told the BBC.
Corbyn has also suggested that the British government's case that Russia was behind the poisoning of Sergei Skripal is weaker than they would have the public believe. He once told the BBC that he was "unconvinced" by the intelligence he's seen.