From the "I thought you said He was not a Divine Being or Magician" file: How can God be Omnipotent and yet "not able to do everything" and "Not a divine being"??? 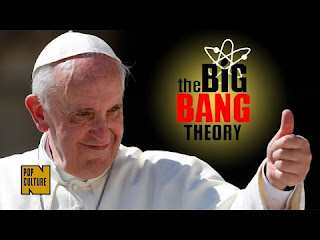 "God is not a divine being or a magician, but the Creator who brought everything to life," the pope said. "Evolution in nature is not inconsistent with the notion of creation, because evolution requires the creation of beings that evolve."

"When we read about Creation In Genesis, we run the risk of imagining God was a magician, with a magic wand able to do everything. But that is not so," Francis said.
The pope was addressing the plenary assembly of the Pontifical Academy of Sciences, which gathered Monday at the Vatican to discuss "Evolving Concepts of Nature."Oct. 28, 2014