Oops! I just became a Material Heretic! No. Cardinal Billot explains the difference between an Oops and Material Heresy. In the Course of 50 + years of Modernist attack on traditional Catholic Doctrine how long will the Oops Excuse provide them with a Get Out of Defection Free Card? 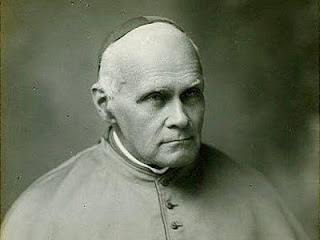 Here the theologian Van Noort explains how a material heretic is not a member of the Catholic Church:

"...public material heretics are likewise excluded from membership.  Theological reasoning for this opinion is quite strong:  if public material heretics remained members of the Church, the visibility and unity of Christ's Church would perish.  If these purely material heretics were considered members of the Catholic Church in the strict sense of the term, how would one ever locate the "Catholic Church"?  How would the Church be one body?  How would it profess one faith?  Where would be its visibility?  Where its unity? For these and other reasons we find it difficult to see any intrinsic probability to the opinion which would allow for public heretics, in good faith, remaining members of the Church." [Van Noort, pgs. 241-242]

Here Cardinal Billot, who helped write Pascendi, explains how a Catholic making a mistake when speaking about Catholic doctrine, is not even a material heretic, and if he is called one, we completely distort the meaning of what a heretic is.
Here is Cardinal Billot's critical text. I have bolded the essential parts:

Heretics are divided into formal and material. Formal heretics are those to whom the authority of the Church is sufficiently known; while material heretics are those who, being in invincible ignorance of the Church herself, in good faith choose some other guiding rule. So the heresy of material heretics is not imputable as sin and indeed it is not necessarily incompatible with that supernatural faith which is the beginning and root of all justification. For they may explicitly believe the principal articles, and believe the others, though not explicitly, yet implicitly, through their disposition of mind and good will to adhere to whatever is sufficiently proposed to them as having been revealed by God. In fact they can still belong to the body of the Church by desire and fulfil the other conditions necessary for salvation. Nonetheless, as to their actual incorporation in the visible Church of Christ, which is our present subject, our thesis makes no distinction between formal and material heretics, understanding everything in accordance with the notion of material heresy just given, which indeed is the only true and genuine one. For, if you understand by the expression material heretic one who, while professing subjection to the Church's Magisterium in matters of faith, nevertheless still denies something defined by the Church because he did not know it was defined, or, by the same token, holds an opinion opposed to Catholic doctrine because he falsely thinks that the Church teaches it, it would be quite absurd to place material heretics outside the body of the true Church; but on this understanding the legitimate use of the expression would be entirely perverted. For a material sin is said to exist only when what belongs to the nature of the sin takes place materially, but without advertence or deliberate will. But the nature of heresy consists in withdrawal from the rule of the ecclesiastical Magisterium and this does not take place in the case mentioned [of someone who is resolved to believe all that the Church teaches but makes a mistake as to what her teaching consists in], since this is a simple error of fact concerning what the rule dictates. And therefore there is no scope for heresy, even materially.