From the "All You Need is Love" File: Christendom College Completely Caves. Dr. Tim O'Donnell calls heretical Amoris Laetitia "Golden" "challenge to grow in love." From a Saddened Alumnus: "Good Night Sweet Prince and Flights of Angels Sing thee to thy Rest!" 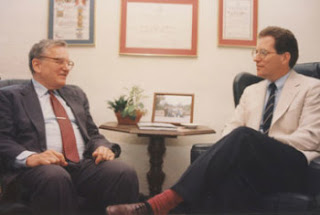 Here, from Christendom College's own website we find Dr. Tim O'Donnell, whose ascendency to the presidency of Christendom College was the final Conciliarist Seal on an institution which advertised itself ---- and initially seemed genuine --- as attempting to restore Christendom, that is, the Social Kingship of Our Lord Jesus Christ. Due to Warren Carroll and certain others on the staff, who advanced the greatness of Vatican II as a "call to the laity," the drop of poison was present in the bottle from the very beginning. Face it, and I challenge my dear friends now on the faculty of the College, you cannot accept Dignitatis Humanae as true doctrine and, at the same time, say that you stand for historical Christendom. Nor can you accept Vatican II as a whole. For as JPII and Benedict XVI continually said, the "Religious Liberty" doctrine was at the center of Vatican II's teaching. It is, indeed, the Counter-Syllabus. Dignitatis Humanae explicitly says that the State cannot make a judgment as to which is the true religion. That is the whole idea of the Religious Liberty doctrine. To show that this is true, we only need to remember the push by John Paul II's Vatican and Cardinal Casaroli --- appointed by JPII (who now is venerated as a "saint" with a statue at Christendom College --- according to recent reports) to force countries with Catholic Constitutions to secularize them and to establish a religiously indifferent State.
Before you read this sad and embarrassing article, let us all commit ourselves to the restoration of all things in Christ, through the upholding of the true doctrine of the Church and not the heresies of Vatican II. I call upon all my old friends and teachers at Christendom to denounce this craven acceptance of evil heresy. John Cuddeback, Michael Brown (both greatly influenced by the giant Dr. Josef Pieper --- not to mention "Big Bob" Hickson), Dr. Luckey --- who first introduced me to the Social Teachings of the Church and Solidarism --- Dr. Marshner who taught us the Counter-Revolutionary thought of Charles Maurras and argued against the innovations of Vatican II. Stand up and object! The very Catholic Faith is at stake. Brother graduates and fellow philosophers from this college, Dr. Matthew Cuddeback and Dr. John Hofbauer, we did not get into philosophy some 30 years ago to uphold blatant heresy and error BUT TO DEFEND CHRISTENDOM, CATHOLIC DOCTRINE, AND FAMILIAL SANITY --- NOT TO MENTION EPISTEMOLOGICAL SANITY.

That is my final appeal. I do not expect a papal knighthood. I expect only silence.
Here is the sad interview with my former apologetics professor. It is interesting that the Vatican website that initially ran this interview HAS TAKEN IT DOWN. 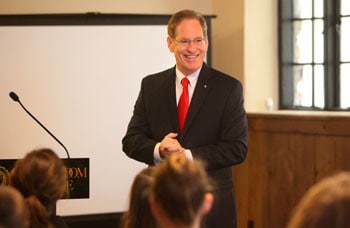 Christendom College president Dr. Timothy O’Donnell was interviewed about Pope Francis’ new apostolic exhortation, Amoris Laetitia, on Vatican Radio today, giving an exclusive interview to the English Section’s Daily News. Calling the exhortation a “real gold mine,” O’Donnell touched upon the key points made by Pope Francis in the lengthy document, and explained how his challenge to grow in love can help strengthen families across the globe.
Speaking with broadcast journalist Christopher Wells, a Christendom alumnus, O’Donnell began discussing Amoris Laetitia, which means ”The Joy of Love,” by emphasizing the beautiful words of Pope Francis on love seen throughout the 261-page document, especially his thoughts on spousal and familial love.
“There are so many challenges that are found in [the exhortation]. I think probably the most fundamental challenge, and the thing that he really communicates in a very effective way, is the importance of love, as a husband or as a father, or as a wife or as a mother, or even as children. Love has to grow. You can never be complacent in love,” said O’Donnell.
For O’Donnell, one of the most important passages in the document on familial love concerns the role of the father in the family — a role often forgotten in today’s society. Re-emphasizing his importance in the family unit, Pope Francis calls all people to be “merciful like the father,” according to O’Donnell, in order to communicate love and forgiveness to the younger generations. 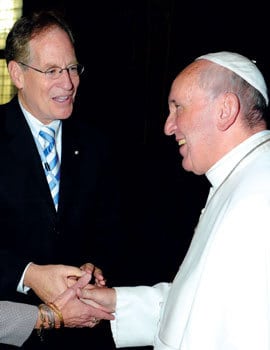 “Pope Francis really manifests that he has the heart of a pastor, and it’s very clear, in some of the practical suggestions that he has a deep and abiding love for family life and wants to share that,” said O’Donnell. “Part of that love is the exercise of mercy. To make any relationship grow and thrive — that has to be a part of that, just as Christ is merciful to us.”
O’Donnell emphasized the need to read Pope Francis’ exhortation slowly and prayerfully, rather than jumping to conclusions based on media headlines. Contrary to some reports, Pope Francis upholds the fullness and beauty of Catholic tradition in the exhortation, according to O’Donnell, truly revealing the mind of Pope Francis in the process — a mind “that is of the man of the Church.”
“It is placed within the context of the richness of the Church’s teaching on marriage and the family. That’s why, a number of times, Casti Connubi, of Pius XI, is cited, Paul VI’s Humanae Vitae, John Paul’s Theology of the Body, as well as Familiaris Consortio,” said O’Donnell. “Any couple that is contemplating marriage or is already married, that would like to do everything they can to continue to strengthen that bond, in this beautiful witness to a permanent and exclusive relationship, would benefit greatly from reading [Amoris Laetitia].”
To hear the entirety of O’Donnell’s thoughts on Amoris Laetitia, please click here.