For Whom the Bell Tolls: Underground Church coming in 2018! 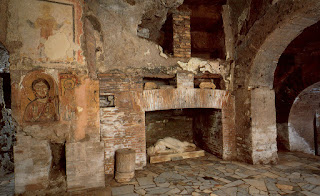 The Tridentine Mass people in Malta have reaffirmed their information from the Vatican concerning the imposition of the Novus Ordo Lectionary and the Novus Ordo liturgical calendar upon the "Extraordinary Rite," with no exemptions for the Fraternity of St. Peter, the Institute of Christ the King, etc. Only the SSPX was to get a "temporary" exemption, to help in the "reconciliation."
If this is the case, everyone had better start planning for an Underground Church that operates without any authorization from anyone in Rome. Just tonight, I spoke with a man close to the Fraternity of St. Peter and he indicated that he knew many priests of this Order who would never agree to the amalgamation of the Novus Ordo Rite with the traditional Roman Rite. And I must admit, I cannot imagine SSPX agreeing to this in a million years. Such a thing would certainly destroy the entire organization.
So we are left with the question of an "Underground Church," or, in other words, the Catholic Church in exile from the institutional organization of the Catholic Church. "They have the buildings, we have the faith," according to St. Basil the Great. There are two videos below, one from Francis which clearly is a public act of religious indifferentism and, therefore, apostasy. The second is Fr. Malachi Martin speaking to my dear friend Bernard Janzen about an "Underground Church."
Question: Why have we spent 25 years continually reexamining and debating the actual religious situation post-Vatican II, instead of building a working, educated, culturally enlivening and militant milieu which, by our very courage alone, would attract the approval and commitment of the youth?
The apostasy that you see in the first video, is given a solution by Fr. Malachi Martin in the second video. Build an "Underground Church" where your sacred Catholic Religion CANNOT BE FORBIDDEN!

One of the best sources on the internet for traditional Catholic news has debunked our previous post. They tweeted:

"We don't believe in this, period. Let all who know sources in Rome check it with them, but it seems fishy to us: http://pro-tridentina-malta.blogspot.com.mt/2017/10/breaking-news-massive-liturgical.html?m=1 "


Later on, they re-tweeted:

"Ok, checked with our main Roman sources, and our suspicions were founded -- the best called it "hogwash" and "not true at all"."

Our sources are reliable and Rorate Caeli should know better before trying to denigrate what is after all true.  The funny thing is that one of their "main sources" contacted us this morning, telling us that he was surprised by Rorate's message and his paternalistic tone. Apparently this person from Rorate is a British national.

But, on one thing we agree with Rorate, check your sources in Rome and you will get confirmation, sooner or later. It would be better if traditional Catholics co-operate together, rather than trying to denigrate other websites, just because sometimes news are published before they obtain them.
And all that our friends at Rorate had to do was contact this Blog.

Posted by Tridentina Malta at 10:37 AM 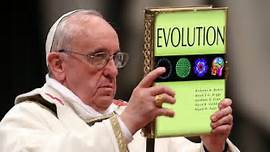