Before the Proof: One Final Consideration of the Case of Sister Lucy 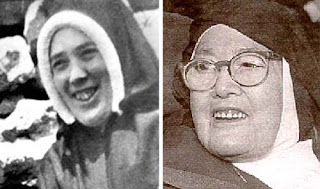 I am pursuing the involvement of facial recognition experts in the case of "Sister Lucy." This, I believe will be the most scientific proof that can be offered concerning the identity of the individuals portrayed in the various pictures of "Sister Lucy" barring some kind of DNA testing. I have a hard time believing that the Powers that Be would allow such a DNA test to be done --- it could be done, we think of how the remains of the Russian Imperial Family was tested by testing the DNA of a living relative, namely Philip, the Duke of Edinburgh,

In lieu of this kind of absolute determination, I believe that the pictures of pre and post 1958 "Sister Lucy" can provide the evidence necessary to either prove that they were the same person or to prove that they were not the same person. If it is proven that they are different people, we Catholics and the people of the world, who were meant to be the recipients of the Message, Secrets, and Warnings of Our Lady at Fatima would have to recognize ourselves to be in a bizarre and grave situation. But, then again, doesn't it seem to be bizarre and grave already?

The Common Sense difference between the women who appear in the pre-1958 and the post-1958, actually ---- I have found no picture of "Sister Lucy" post-1958 before the year 1967 when she met with Paul VI for the 50th anniversary celebration of the Fatima apparitions --- suggests an obvious difference between the two women with regard to demeanor, facial structure, teeth, chin, dimples on the cheeks, eye-brows, etc.

As regards to demeanor and characteristic social interaction, her is a commentary by William Walsh concerning his 1946 interview with Sister Lucy as described in his book, Our Lady of Fatima:

“[Lúcia’s teeth] were large, projecting and irregular, causing the upper lip to protrude and the heavy lower one to hang, while the tip of her snub nose turned up more than ever. Sometimes her swarthy face suggested a nature that could be sullen, stubborn and defiant, if not perverse. But the appearance was deceptive, for under the stimulus of any emotion, the light brown eyes could flash or twinkle, and the little dimples that creased her cheeks when she smiled contributed to an expression quite charming.” (p. 11)

“She seemed uncomfortable at first, and probably was, for she dislikes such interviews intensely, and submits to them only when ordered to do so. She wrung her hands nervously. Her pale brown eyes looked rather guarded and unfriendly. There was not much conviction in the high and timorous voice. A few moments later I had almost forgotten this first impression. She had begun to feel more at ease. She laughed readily; and when she smiled, a little dimple would appear on each cheek. The voice now sounded natural and sincere. There was intelligence in this face, too, and charm. It was impossible not to like her and to trust her.” (p. 218) 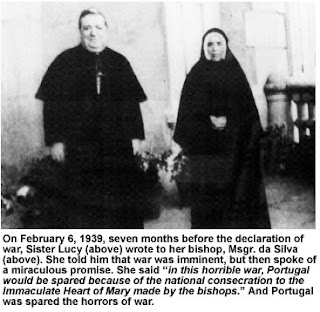 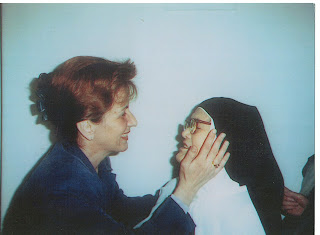 WHICH OF THE TWO ABOVE SEEMS TO BE THE WOMAN WHO IS DESCRIBED BY WILLIAM THOMAS WALSH?  ADD TO THIS THE FAMOUS MEETING IN WHICH "SISTER LUCY" HELD THE HAND OF JOHN PAUL II FOR 2 HOURS DURING THEIR MEETING. 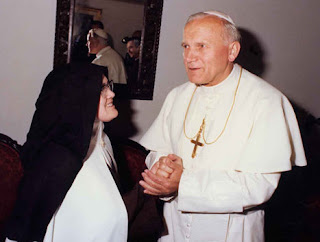