After six months of the Trump administration, we see that the Neo-Conservatives are firmly in charge of our foreign and military power and the Wall Streeters from Goldman Sachs are firmly in charge of economic and domestic policy. All that election excitement for an extra dose of the same? Why do democratic elections seem, ultimately, to be powerless to change the course of a nation or human society? The reason that nothing has changed is because the real issues that decide the fate of nations and peoples, the ones that determine a peoples’ fundamental identity and direction were not allowed to be discussed by the corporate media. Søren Kierkegaard said that all arguments, at bottom, are theological arguments. What we think about God affects what we think about everything else. And, yet, it was precisely the question of religion that we were told not to think about, at least when we are considering issues in the “secular” sphere.


Justice therefore forbids, and reason itself forbids, the State to be godless --- Pope Leo XIII, Libertas


If the architects of Washington, DC were looking for an architectural style to make visible the idea of a secular republic, then they should not have chosen the Classical Grecian style, especially since the Classical Architectural Orders are the various styles of Grecian temples. As the trial and execution of Socrates showed, the idea that the State should be upholder of a non-religious order was totally foreign to the minds of the Classical Athenians. What should, also, be remembered in this regard, is that Socrates makes an apologia (i.e., a defense) before the court of 501 in which he is accused of “not believing in the gods that the State believes in” or of “atheism,” which for the Greeks was practically the same thing. In other words, Socrates denied that he was an atheist and, implicitly at least, he denied that he was an enemy of the religion of the State. What is, also, of note is that, at no time during his trial, as accounted in Plato’s dialogue the Apology, does Socrates ever complain about the charges themselves. He simply argues that they do not apply to him. He is being unjustly accused of not believing in the gods. He never argues that the very fact that Athens has an official religion is, in itself, unjust. Nor does he ever argue that it is wrong for the State to prosecute those who are godless.


This view of State religion was perpetuated by Socrates’ disciple Plato when, in his dialogues the Republic and the Laws, he defended penalties for public offenses against the religion of the State (properly cleansed of Homeric distortions, of course). Public atheists and heretics, or those who set up private temples for false worship were to be subject to imprisonment, banishment, and even death.[1] It was, indeed, Plato, who knew his beloved master to have been executed for a crime against the religion of the State, who advocated legislation providing for State-sponsored religious festivals.[2]


It is for his rational anthropology, his realistic view of human nature, that Aristotle, student of Plato, stands as a great pillar of what would become the Christian Order. Indeed, it is Aristotle’s philosophical view of man that indicates the necessity of the State’s adherence to true religion. The Man, which Aristotle portrays, is possessed of a material body and a spiritual soul (i.e., the hylomorphic union), which means that he operates in the physical, moral, intellectual, and the spiritual domains.  This Unified Man of body and soul exists in an orderly and objectively existing universe in which everything has its own objectively existing nature or essence that can be known by the human mind after that mind first encounters the being through sensation.[3] This Man, living in the real world and not in the “world” of his own mind, finds himself driven by desire to seek after “happiness” or the full satisfaction of his objective human desire. How does Aristotle say that Man can attain this “happiness,” this eudaimonia to which he is directed by his rational nature? Since “there are many ways to be wrong, but only one way to be right,” Man must be habituated towards good moral actions and states of being through training in the life of virtue. Indeed, according to Aristotle, human happiness consists in the life of virtue. While such a life of virtue is worthwhile for its own sake, a life dedicated to temperance, fortitude, justice, and prudence provides the moral foundation for a life spent contemplating the perfections of God, as these could be known through the natural order.


“Man is [however] by nature a political animal,” says Aristotle in his Politics,[4] hence since human society is natural and even necessary for the survival, habituation, and flourishing of man --- for nature does not merely strive to preserve itself, but strives to flourish --- the State, which governs human society, is both natural and necessary for Man to advance on the way to a virtuous flourishing within community. According to the Politics, “But a state exists for the sake of the good life; and not for the sake of life only….it is clear then that the state is not a mere society…established for the prevention of mutual crime and for the sake of exchange [As the Libertarians would have it]. These are conditions without which a state cannot exist; but all of them together do not constitute a state, which is a community of families and aggregations of families in well-being for the sake of perfect and self-sufficing life….by which we mean a happy and honorable life….Political society exists for the sake of noble actions, and not [merely for] living together.”[5]


B) St. Augustine and the Christian Political Order


What the pagan philosophers agreed upon, was that a just soul is the mirror of a just state and a just state is the mirror of a just soul. The fundamental reason for the “justness” of the soul is that the soul is in accordance with the Good, the ultimate principle which presides over the whole of the cosmic order. Plato hoped that the philosopher-king, who would strive to attain knowledge of the true Good, would order the State in the ways of justice; then, good men could be formed in virtue by a good State. Once Our Lord Jesus Christ and the Holy Ghost revealed the true and complete way of human virtue and perfection in the form of Christian Revelation, the abstract vision of ideal order, perhaps had by the philosopher, was suddenly inadequate. If the State needs to conform to the true order of things in order to be just and it is only Catholic doctrine which presents to man a complete understanding of the true order of things, it is only in a Catholic State that a true and completely just order can be attained. In this regard, St. Augustine, the greatest of the Western Fathers, goes even farther --- he speaks, of course, in the post-Incarnation era of human history --- when he says, “Where there is no justice, there is no state.” “But true justice is not to be found save in that commonwealth, if we may so call it, whose Founder and Ruler is Jesus Christ.” Even in the greatest days of the Roman Republic, we have presented “merely a colored painting of justice, as Cicero himself suggests, while meaning to praise it.” Justice, “cannot be predicated of pagan states, as they do not render justice to God.”[6]


C) Christendom as the Fulfillment of the Classical Ideal


The Christian organization of civil society was not rashly or fancifully shaped out, but educed from the highest and truest principles, confirmed by natural reason itself --- Leo XIII, Immortale Dei


Ironically, it was a Harvard Classicist Werner Jaeger who acknowledged that it was Christendom, rather than the democratic Athenian city-state, or any Classical civilization, which embodied the ideal presented by Plato as a rational ideal in accordance with human nature and the objective order of virtue. According to Jaeger, “Neither the ancient city-state nor the national ideal of the 4th century [the Hellenistic Period], but the universal fellowship of Christendom laid the foundations for the fulfillment of Plato’s hope. That religious foundation [of the Christian State] was something far broader than the Greek nation which Plato had addressed. But it was similar to the Platonic scheme in this: it was not an abstract universal brotherhood of man; instead it was identical with the concrete Christian…brotherhood, whose component nations continued to belong to it even in time of war.”[7] Even, perhaps, contrary to his intentions, Jaeger the Classicist gives more than just a tip of the hat to a Catholic culture based upon the Union of Church and State, when he says that, “The perfect design for living given in [Plato’s] The Laws is like nothing so much as the year conceived by the Catholic Church, with its holy rites and liturgies laid down for each day.”[8] 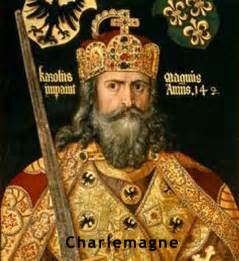