Showing posts from June, 2018
Show all

Still Here: In order to Achieve Certainty with regard to the Sister Lucy Case, the Investigation Using the Latest Facial Recognition Technology Will be Extended into July. The Investigation is International, the Technology is the Most Up to date, and the Professionals Involved are of the Highest Quality. They are producing a Report that is Scientific and Cannot be Gainsaid. Please Bear With Me. 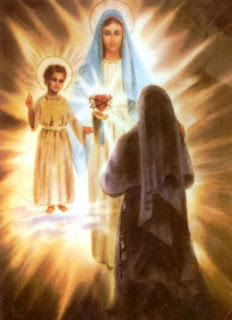 Just bear with me into the month of July. The Investigators are professionals who will only put their names to a report that is incontrovertible. I am in need of donations to Sister Lucy Truth. Please be generous in your tax-deductible donations. Please donate either by clicking the Donation icon which is located on the side-bar which you can get to from the Header of the Blog or by sending a donation to: Sister Lucy Truth 4104 N Murray Dr. Otis Orchards, WA 99027
5 comments
Read more

Results of the Sister Lucy Truth Investigation Coming In. Please Bear With Me. 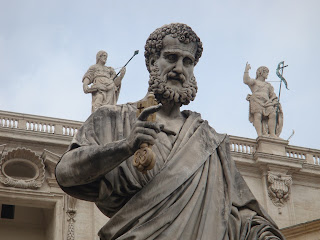 Sister Lucy Facial Recognition Analysis Going on Right Now at 3pm Pacific Time. It is a complex and exact process. I will let you know when I know.

Breaking: Sister Lucy Facial Recognition Analysis to be Done Tomorrow June 28th, Vigil of the Feast of Sts. Peter and Paul. Results should be Known at the End of the Day. 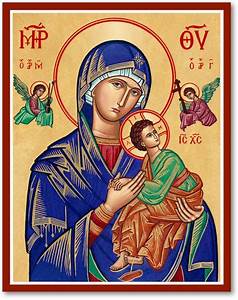 Dear Supporters of Sister Lucy Truth, The promised Facial Recognition analysis by the very latest programs will be done tomorrow June 28th! About 625 different comparisons between high-resolution photos will be performed. Involved in this work will not only be the Investigator that I have hired but owners of BILLION  dollar companies using technology which the United States government itself uses for facial recognition work. Granted I am nothing, but the fact that this investigation, done by state of the art professionals, has been ignored by the "Catholic media" is to me astounding. I need everyone to do two things. Pray to Our Lady of Perpetual Help today on her feast day for this project. Second, I need money, because if we find out that there was in impostor put in the place of the real Sister Lucy, I want the investigation to move on to answering two further questions, 1) What happened to the real Sister Lucy; 2) Who was the impostor(s)? Please give a TAX-D
11 comments
Read more 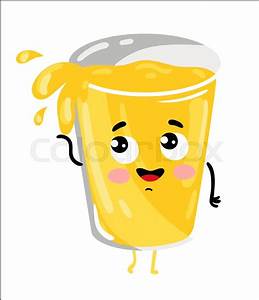 If the Remnant Gives You a Lemon, Make Lemonade!                                                  Louie's Hard Lemonade --- Not Sold In Modernist Rome. https://akacatholic.com/underbelly-exposed/ All writers for Louie Verrechio's new newspaper The Catholic Inquisitor  have been banned from publishing with the Remnant and have been excluded from any collaboration with it. Oh, well.......Let's move on............. Isn't it funny that the "Big Bad Wolf" Francis has not excommunicated Cornelia Ferreira and yet Michael Matt of the Remnant has? The nicest and most hardcore lady you would ever want to meet. Just as Edmund Burke questioned the manliness of the French "chivalry" who failed to rally to save their Queen in 1793, where are the traditional Catholic men rallying to save the good women who have been slighted and shown the door. Cornelia is not the only one, we could name names.
1 comment
Read more 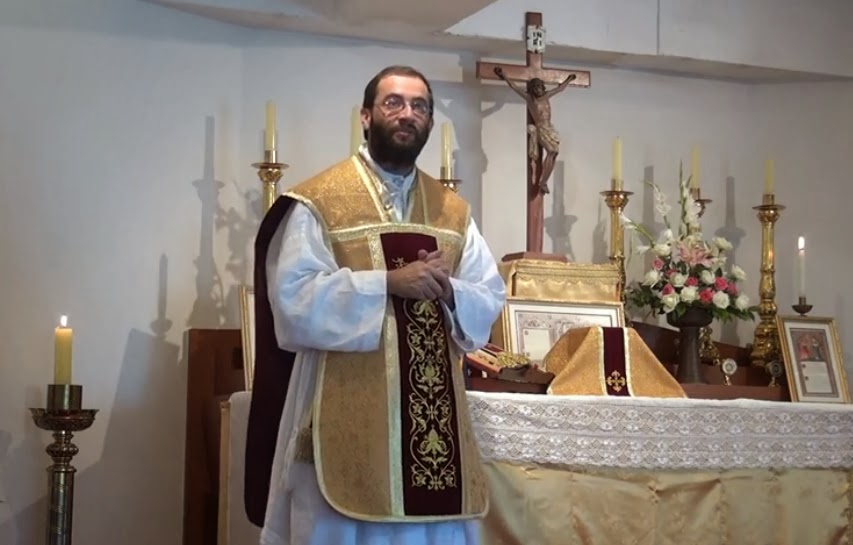 Dear Mr Chojnowski, As the new Rome sinks to new lows, in this never ending crisis of the Church, sedevacantism is only an added confusion. All of us agree those in Rome should not be there, but in the lack of courageous prelates to take them on, some say they lose office automatically (sedevacantists), and others, much to the exasperation of the former, leave it to God. Yet some of the questions you raise are interesting. Are we going to hold indefinitely that there is a Pope over there in Rome? What degree of heretical depravity is it going to take until we finally admit that the pope is no pope? You are contending that now, with Francis, the measure is full, and while others saw it in John Paul II, others in 1969, others in 1963, others in 1958, etc. This is one of the big problem of the theory of automated loss of office, which is distinct from the case of implicit resignation. There is no way to ascertainwhen exactly the office was lost, because the assessment
4 comments
Read more

Clerical Rumors: Who is Ahead in the Final Stretch of the Race for SSPX Superior General. Some Surprises, Indeed. 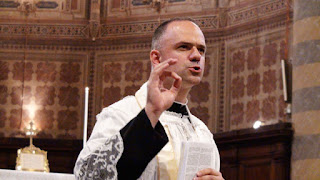 The Gallican Challenge: Will Michael Matt, Chris Ferrara, Brian McCall, John Salza, and Robert Siscoe Approve of or Reject the Idea Advanced by Elizabeth Yore at the Remnant that a pope can be removed by the College of Cardinals? I challenge them to say simply YES OR NO. I SAY NO! READERS PLEASE RESPOND TO THE CHALLENGE! 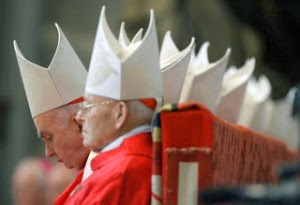 Here is the critical text from Elizabeth Yore's article and the link to the complete article. It is even more indicative of one's over all doctrinal stance than debating about a pope falling into heresy. Here, the College of Cardinals would be exercising authority over the occupant of the Holy See to remove him from office because of malfeasance in office. Here is the section of the relevant article and the links both to the full article as published in The Remnant and to Louie Verrecchio's expose of this article at akacatholic: https://akacatholic.com/remnant-takes-bold-stand/ http://angelqueen.org/2018/05/25/anatomy-of-a-cover-up-an-open-letter-to-frankenpope/#comment-48299 The College of Cardinals should immediately convene and remove Francis, the Bishop of Rome for his gross and grave negligence and personal complicity in the systematic flouting and abuse of his own zero tolerance policy causing a scandal of epic proportions brought upon the global Catho
6 comments
Read more

Contemporary Canonist Shows that a Publicly Heretical Pope is No Pope at All. Let us Watch Therefore Who we Call a Heretic!

Dr. Chojnowski: Here is a Contemporary Canonist who says that same thing with regard to the consequences of papal heresy as Fr. Kramer has been saying and we have emphasized on this blog. Citing St. Robert Bellermine, and Wernz and post-1940s canonists and theologians, Dr. Peters directly contradicts the conclusions of Fr. Chazal and Salza/Siscoe. Here he indicates the gravity of pointing to a man claiming the papacy and shouting "heresy!" If anyone does it, they need to know the implications. Here is sections of Dr. Peter's article below and his credentials. There is no easy Gallican Exit for the true orthodox Catholic. Edward Peters, JD, JCD, Ref. Sig. Ap. Dr. Peters has held the Edmund Cdl. Szoka Chair at Sacred Heart Major Seminary in Detroit since 2005. He earned a J. D. from the Univ. of Missouri at Columbia (1982) and a J. C. D. from the Catholic Univ. of America (1991). In 2010, he was appointed a Referendary of the Apostolic Signatura by Pope Benedict
Post a Comment
Read more 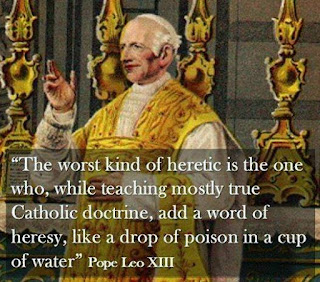 St. Robert Bellarmine teaches most explicitly ( De Romano Pontifice, II xxx ) that it is heresy by its very nature , ( ex natura haeresis ), which severs the heretic from the Church , and causes the immediate loss of ecclesiastical office : “Thenceforth, the Holy Fathers teach in unison, that not only are heretics outside the Church, but they even lack all Ecclesiastical jurisdiction and dignity ipso facto .”  Salza desperately attempts to interpret the Fathers as teaching that the heretic’s severing himself from the Church and the subsequent loss of office result from an ecclesiastical censure or judgment. Bellarmine, in his refutation of the Fourth Opinion utterly destroys that argument : “Nor does the response which some make avail, that these Fathers speak according to ancient laws, but now since the decree of the Council of Constance they do not lose jurisdiction, unless excommunicated by name, or if they strike clerics. I say this avails to nothing. For those Fathers, when
1 comment
Read more
More posts