Showing posts from October, 2022
Show all

"Convex and Concave" Faces of the 2 Lucy's of Fatima

"Lucia"- A Problem that Demands an Explanation

World On Edge Like Never Before. Will the Neo-Cons, after a Boris Johnson Return and an Isolated Biden Presidency, Push the World into A Global Chastisement Like It Has Never Seen Before?

Netflix Releases Docuseries on the Emanuela Orlandi Kidnapping Case. Now Can Someone Mention to Them, perhaps, that They Think About Doing One On Another Missing Woman..........Also, Involving the Vatican. Apparently, at the End of the Docudrama, it is Insinuated that Orlandi was Kept in a London Convent and Sent Back to Rome in a Coffin. Let's Check it Out!

Why is China telling their nationals to evacuate Ukraine IMMEDIATELY? Does the Chinese Government know something we don't?

After the first 10 minutes, during which he speaks about King Charles III, Michael Matt speaks about the Church.  After listening to what I consider to be Neo-Gallicanism at its lowest  point, I cannot help but ask Michael Matt which "church" is he refusing to leave? According to this video, what are the characteristics of this "church" that he is refusing to leave? 1) It is a church in which a simple laymen can mock and denigrate the person who he acknowledges to be the Roman Pontiff, the Vicar of Christ, the Supreme Shepherd of the Faithful of Jesus Christ. The examples from this video are many. a) He speaks of Francis as "so rude."  b) He continually refers to Francis as "this guy" who is "so sick" "in a wheel chair."  c) He says Francis is just an actor since "everything is just a show" with "this guy." Since when do you refer to a Successor of Saint Peter as "this guy"?  d) Speaking in a way
7 comments
Read more

On the Day of the 60th Anniversary of Vatican II , we remember the Calumny Pronounced Against the Children of Fatima, proclaiming them "Prophets of Doom," and, also, remember Transcendental Thomism which is the Philosophical Basis of Vatican II.

For this 60th anniversary of the beginning of Vatican II on October 11, 1962, we draw from Fr. Dominic Bourmaud's book One Hundred Years of Modernism: A Genealogy of the Principles of the Second Vatican Council (Kansas City, MO: Angelus Press, 2006), pp. 214-218, to identify the philosophical roots of Vatican II by citing the Transcendental Thomism of Karl Rahner. In this regard, Fr. Bourmaud speaks of the philosophical foundations of Rahner's Modernist theology by stating, "Rahner does not hide his sources. They are Kant and Heidegger but also Hegel...Rahner leans also on his Belgian colleague Fr. Marechal [one of the founders of Transcendental Thomism] in his attempt to build bridges between Kant and St. Thomas, thus beginning with immanentism and ending in realism. Rahner explains the process in his Innsbruck doctoral thesis....The thesis was rejected by Rahner's instructor but was published soon after." In the footnote, Fr. Bourmaud states, "Professor Hon
1 comment
Read more

Dr. Robert Sungenis Live #111 Ask Your Question - Wed, Feb. 2, 2022. From the 6 min. to the 14 minute mark Dr. Robert Sungenis affirms that he acknowledges that there was a fake Sister Lucy post-1958 and speaks of the hard forensic evidence.

Reading Mary Ball Martinez's "The Undermining of the Catholic Church." What the Vatican did to Charles Maurras, Action Francaise and its Supporters was Unconscionable. Why did the Vatican eliminate its greatest defenders even back to the 1920's?

Here is a short quotation from Mary Ball Martinez's book The Undermining of the Catholic Church, p. 39, "The story of the condemnation [of l'Action Francaise ] is a bizarre one. How, it has been asked, could Pius XI, who had so recently based his encyclical  Quas Primas  on the same traditional values l'Action  promoted, turn against a movement so in line with his own way of thinking? How could he put on the Index of [Forbidden] Books Catholics were told not to read, the works of Charles Maurras whom he had praised publicly as "the most wonderful defender of the Faith"?  Conclusion: It did not start all of a sudden in 1962.
3 comments
Read more

Benedict XVI can now read our website in German, Italian, and even Latin! No excuses. Read all of the reports and presentations of Sister Lucy Truth in 15 different languages. The time for invincible ignorance is definitely over! 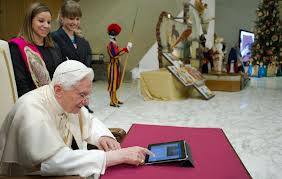 "Sister Lucy Truth?" "How did they figure it out?" sisterlucytruth.org Sister Lucy Truth reaches out to the world with our website's new capability of having our site translated into 15 different languages. This includes a translation for all of the reports and all of the published statements of Sister Lucy Truth. No one can now claim ignorance as to the facts of the substitution of Sister Lucy dos Santos, Seer of Fatima. Benedict XVI can now read our website in German, Italian, and even Latin! No excuses. The time for invincible ignorance is definitely over!
Post a Comment
Read more

Ukraine Has Formally Applied for Accelerated NATO Membership. Remember NATO if you accept Ukraine as a NATO country it means the formal beginning of WWIII!

It Looks Like Ukraine, for which the US is risking WWIII and Economic Depression, is itself an "Error" of Russian Communism. Do you want your sons and daughters to die for the borders of a country concocted by Lenin, Stalin, and Khrushchev?